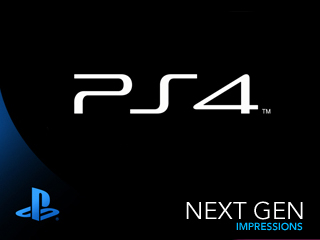 In May of 2005, Sony announced the PlayStation 3  and to say that I was cautiously optimistic would be a huge understatement. The upgrade from the PS2 to the PS3 was everything a console gamer could ask for at the time, even so, I didn’t pick up this piece of kit day one. As a general rule, I find it best not to buy any tech on launch day. After the insanity of the launch was over, I picked up a 60 GB [Fat] Piano Black Model. I loved it, and by in large still do. It’s not without its faults, and those faults have created a wishlist for the next PlayStation.

I want my Playstation to have an equal if not better party system than that of XBOX LIVE. Yes, this includes cross game chat. I also want a store that isn’t pimping the latest and greatest thing, if I have no interest in it. I want it to take my purchases into account. My purchase of the PlayStation Vita only added to that wishlist. I want my PlayStation to be able to pause instantly, to remain on standby, and then get back into the action nearly instantly.

That being said, there are things that I don’t want them to change. I love the speed of the XMB, and how it feels like it’s all about my content. I don’t want to feel constantly bombarded by advertisements like I do with on XBL. I also don’t want the DualShock to copy the Xbox 360 controller layout. While it could use updating, I don’t want the basic layout to change.

Fast forward to February of 2013, Sony announced the PlayStation 4 and I can safely say I am cautiously optimistic. The PS4 announcement addressed nearly every item on my wishlist. They even added a few awesome things beyond my wishlist. It’s a faster system that’s easier to develop for with a video share function. I’ll now have the ability to share our work lunch break SFIV battles right from the controller. And the Dualshock remains the same layout with a few enhancements such as a built-in motion sensor, a touchpad, and the aforementioned share button. Sadly, the upgrade from the PS3 to the PS4 is not as straightforward as moving on from the PS2.

This latest announcement had the typical marketing hype. It made promises we’ve heard before and added some new ones. The difference for me is this time around I came away from the announcement with concerns. They spent most of the time talking about streaming. The internet is not something I have a lot of faith in.

Testing my internet speed while on a MacBook Pro over WiFi as I write this article resulted in a download speed of 2.97 Mb/s and an upload speed of 1.19 Mb/s. I pay for a lot more performance than that, but I don’t get it consistently. The reason I prefer console to PC gaming is consistency. I don’t pick up a new game and wonder if it’s going to run properly on my Playstation or Xbox. I’ve tried OnLive and while it’s not the same as GaiKai it’s a similar service, and I did not enjoy my gaming sessions using it due to this issue. So the hopes and dreams of internet streamed gaming is something I’ll have to take a wait and see approach.

We came away from the PS4 Announcement with no knowledge of the price and no image of what the physical hardware looks like (which I didn’t mind). What we do have is a pretty clear understanding of what it is they are trying to build, and that it will be available this holiday season. It’s easy for me to say I want one, and all signs point to me getting one soon after launch. For me, this was an appetizer of information, and the main course will hopefully be at E3.