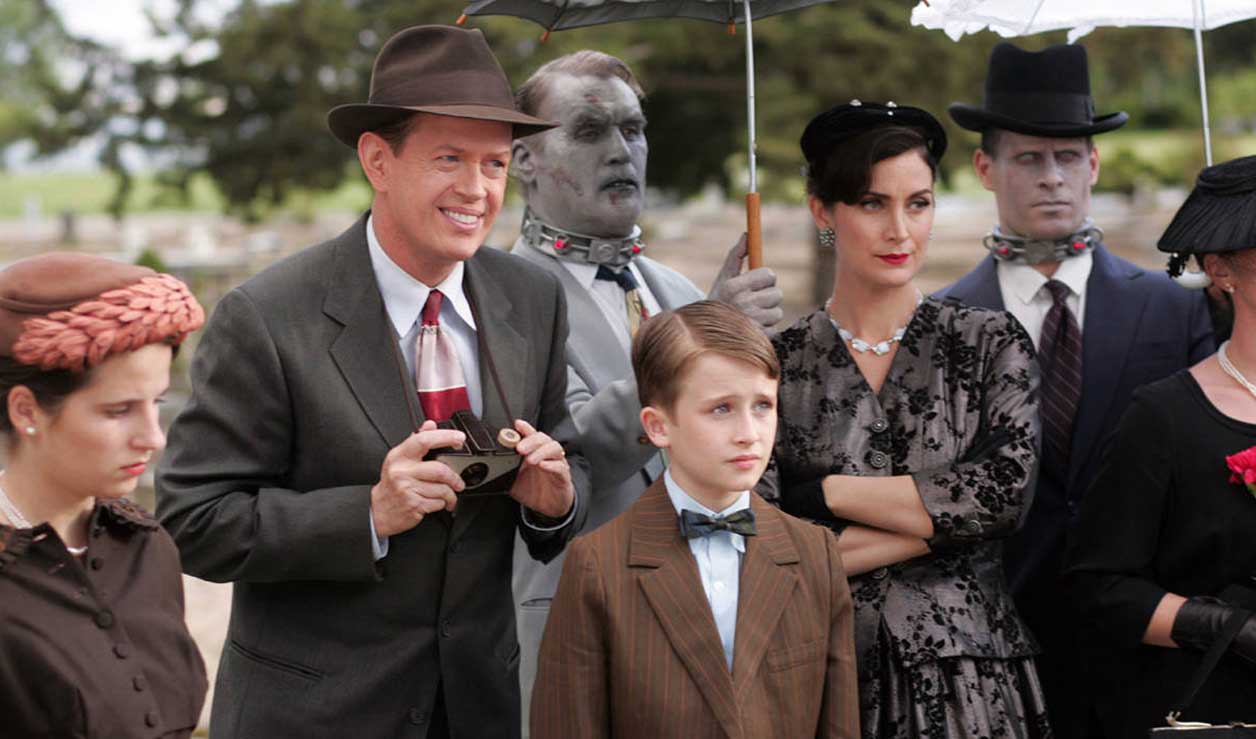 Every once in awhile you come across a film that takes you by surprise. Fido is a very unique zombie tale. It takes place after the Zombie War. This particular Zombie War may have taken place instead of World War 2 in this film reality. As a result, Zombies have now been domesticated through the use of an electronic collar. Fido follows the Robinson family as they obtain their first zombie servant.

Timothy Robinson, played by K’Sun Ray, develops a special friendship with his zombie, played by Billy Connolly, he has lovingly named Fido. Timothy’s father Bill, played by Dylan Baker, has a fear of Zombies and doesn’t approve of Fido. Helen Robinson, played by Carrie-Anne Moss, is Timothy’s protective mother that decided to go against her husbands wishes and get her family a zombie of their own. Everything is working out wonderfully until Fido eats the neighbor.

The 1950’s styling of the movie really gives it a special place in the zombie genre. The constant style contrast between the colorful designs of the 50’s vs the dead grey coloring of the zombies creates a fantastic backdrop for the story. If you are in the mood for a zombie comedy with a bit of gore then you should definetely give Fido a try.