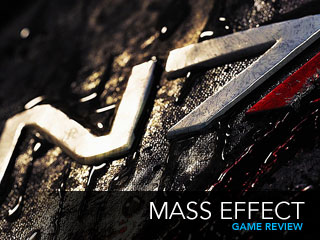 Years from now, when mankind has ascended the ladder to the stars and begun a dazzling courtship of alien races, March of the year 2013 will be remembered for the release of the final dlc of the final game of the Mass Effect trilogy involving Commander Shepard. Having been a devoted follower of the Mass Effect series from day one, this is an event that looms rather large in my life. Shepard’s story is complete. In the world of video games, Shep has been something of a best friend to me for the last ten years. Now he’s packed his things, thrown them all on his giant spaceship, and left Earth. And he won’t be coming back. Man, that’s rough. Especially since he didn’t pay his dry cleaning bill. 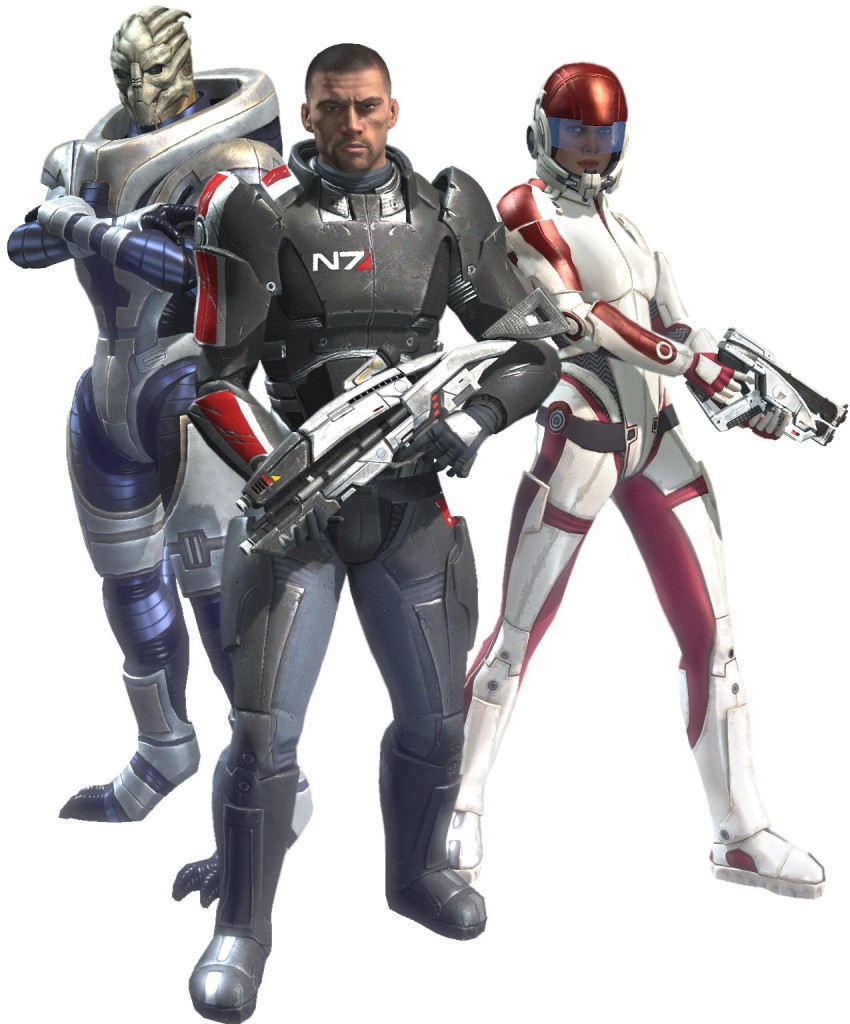 It takes a LOT of space credits to keep those suits looking shiny.

For those who never played the series, Mass Effect 1 was released in November of 2007. It was first announced sometime in late 2004, early 2005. This video, bits of which were originally released in that timeframe, was my first meeting with Commander Shepard:

Let me put this into perspective, because saying “eight or nine years” doesn’t really give it the proper context… 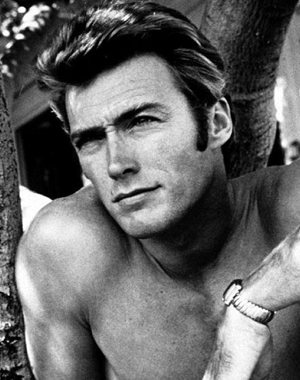 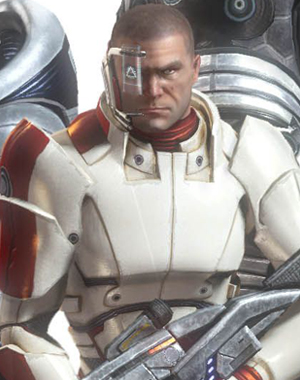 My dusty old non-functioning pc with a 200 gb hdd and a single-core processor was still a powerhouse. My cell phone’s screen was as pea-green as the original gameboy, and only slightly larger than my thumbnail. Youtube didn’t exist. Wikipedia wasn’t something I’d heard of.

I recall the chair I sat in, my gaze fixed in awe the first time I watched that promo video. The torturous way I made all my friends watch it. Again and again. My mind was immediately flooded with the anticipation and wonder of an entire cosmos… at my fingertips. Explore! Discover! You are Master & Commander, and your only limits are SPAAAAACE. It’s like coming home from school as a boy and discovering your dad built you a $2.5b planetarium in the backyard.

Thanks for never fulfilling my childhood dreams, Dad!

And truly, the series did not disappoint. In fact, Mass Effect has been an active gaming backdrop to some of the greatest events of my adult life. It’s the first game I played in my new house, the last one I played in my old condo. Heck, it’s the reason I bought a 360. The Giants hoisted the Lombardi trophy twice, and Commander Shepard was with me to celebrate afterwards. I found the girl, dated the girl, went on bended knee, exchanged vows. Shep and the Normandy Crew were there for all of that. I even snuck a Mass Effect track into my wedding reception.

My point is this. For many people, the Mass Effect series isn’t just a game. It’s not even nostalgia. Nostalgia is like that crazy fun uncle you remembered from childhood, but then you visit him in his nursing home and his breath smells like cough syrup and he asks you to change his diapers. Nostalgia means never going home.

You won’t WANT to change Uncle Saren’s diaper in 20 yrs. Trust me.

One day, Mass Effect will fall into that same surly trap. If I meet Shepard 20 yrs from now, I’m sure he’ll look a bit plain around the edges, his guns won’t seem so sexy, and he might walk a little slower. But for nigh upon the last 10 yrs, he’s been in step with me. I’ve grown, he’s grown. I was a simpler, stupider man in 2008 when I charted my course (multiple times) through Mass Effect 1. I ascended the stairway to eternity, fumbling in the darkness. Shep was there with me.

So many deliciously memorable moments we experienced together. How rare. How delightfully rare and wondrous for a game in 2013 to slap me in the face and say “Remember that choice you made 5 yrs ago?”

Some of you – indeed, many of you – at this point will roll your eyes and bring up the giant Elcor in the underwear drawer. Yes, yes, the ending. Was it an abomination? Could it have been better? That’s up to you to decide. I’m not here to talk about the ending, nor judge it. I have my opinions, but they don’t devalue the series for me. I’ve made mistakes in my life since 2004. (Dumping the first 100 or so issues of near-mint condition Nintendo Power into the garbage because they were ‘worthless and taking up too much space’ jumps to mind). Shep has made some mistakes, too, like switching to guns with thermal clips. And that SeXBox scandal he got caught up in. But that’s all part of what makes us human. Or Turian. Or Asari, or Krogan, or Drell, or Salarian, or…. Conrad. 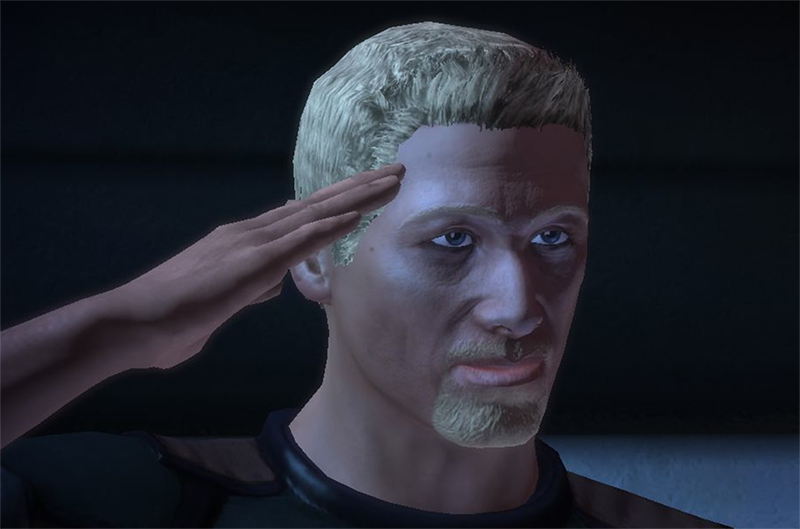 This guy makes a LOT of mistakes. Pissing off Commander Bard Shepard the @#*&$!#-kicker isn’t a smart move.

Sure, ol’ Shep has gotten a little more actiony gun-crazy since the first game. He stopped driving Makos. He doesn’t talk as much as he used to. But he’s good around children, he’s brought me to tears on several occasions, and he reflects the same ideology that I do. That makes him a good friend, regardless of the circumstances life has put before him. And that’s what’s made so many people fall in love with this series. Every Shepard is different. Every one unique to the person playing. It’s like a chia pet, only in video game form. And more importantly, as the closing moments of Mass Effect 3 came, it was abundantly clear that neither of us were the same starry-eyed children that we were on our first mission together on Eden Prime. 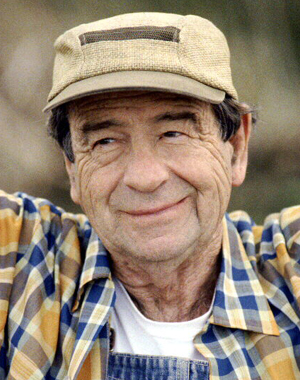 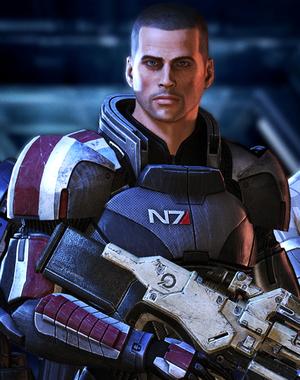 One of us has gotten better with age. Guess which.

Today, his quest on earth complete, Shepard turns to me, those bright green eyes just brimming with life. With a final stoic glance, he says “I should go.” And he leaves.

I wish I could say the same. Farewell, Commander. It’s been a helluva ride.