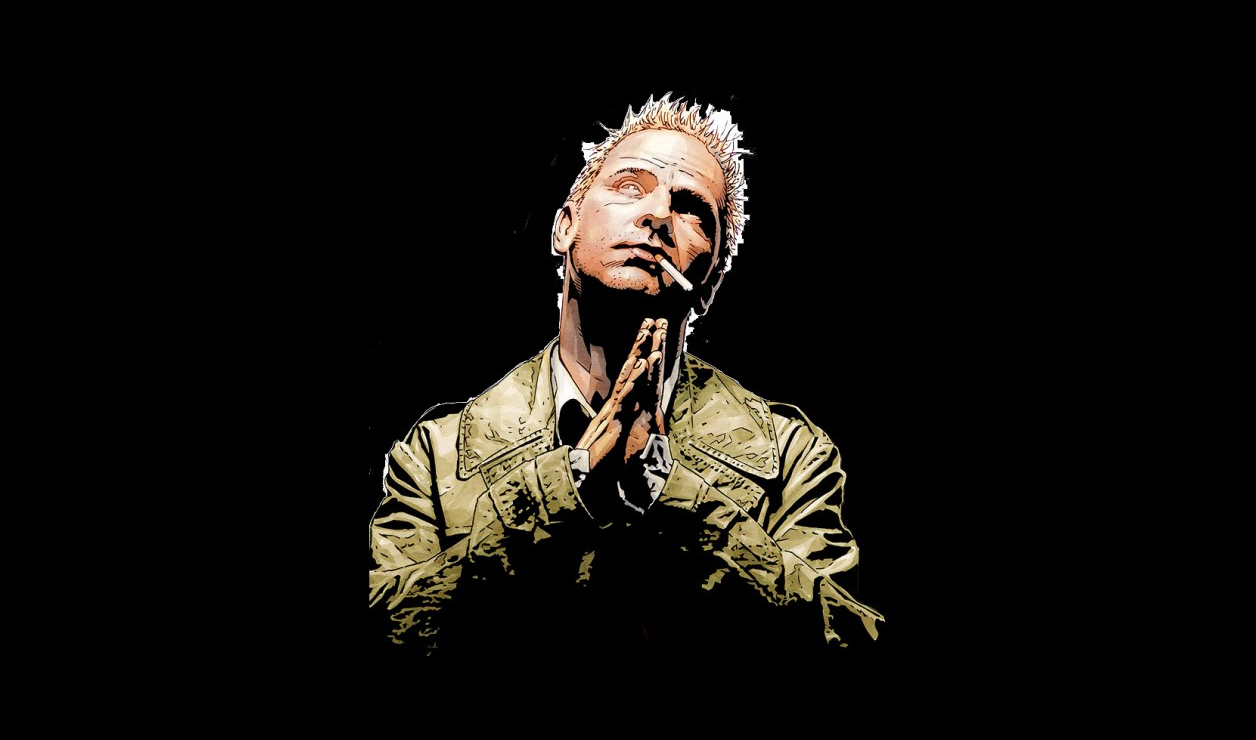 Everyone seems to be jumping on the comic book bandwagon lately. Movie studios, tv networks, video game creators, you name it and they’ll think of a way to bring it to the masses. So when NBC saw how well the CW was doing with Arrow, it wanted to get in on the game. With The Flash and Arrow at the CW, and ABC airing Marvels Agents of S.H.I.E.L.D. (which in case you didn’t know both ABC and Marvel are owned by Disney), NBC wanted something to attract the comic book fans, and create buzz. So it was a bit surprising to hear that the former Vertigo series, and current DC Comics series, Constantine was being tapped for a tv run.

Why Constantine though? Maybe it had something to do with the time slot it was being developed for, Friday’s at 10pm. Right after the supernatural/fantasy series Grimm and at a time that was formerly occupied by the dark and gritty Hannibal. Who better than the  scruffy, chain smoking, wisecracking British exorcist out to save the world and his own damned soul.

When it was first announced that British actor, Matt Ryan was cast as John Constantine fans let out a little sigh of relief. They cast a Brit to play a Brit, no more Keanu Reeves type actors. Now we’ll get someone with a British accent. All they needed to do was dye his hair blonde and bobs your uncle, he’s transformed into John Constantine. Don’t believe me? Just take a look to the bottom right and you’ll see how perfect he looks for the role. The only question remained, will he play the role well?

RIGHT MAN, FOR THE RIGHT JOB

Thankfully he does, from the wry wit, to a decent dose of self-deprecation, and a smattering of heroics. They’ve managed to keep Constantine edgy, while in the confines of network television. People might gripe that he wasn’t smoking in the episode, but it’s clear that he’s a smoker by the bar scene, where he’s seen putting out a cigarette while having a beer. Executive Producer David Goyer has also reassured fans that we will be seeing Constantine lighting up throughout the season.

A big part of this series  will be the “Newcastle” arc from the comic series, and when we first meet Constantine, he’s checked himself into Ravenscar, a mental hospital with hope of dealing with, or just flat out erasing, his guilty memories of what happened during an exorcist job gone wrong. That job wound up damning the soul of a nine-year-old girl to hell and it’s something that Constantine is haunted by. Unfortunately for him things don’t work out as well as he’d like and he finds himself drawn into a new mission. One he reluctantly takes.

John packs up, heads on out and hauls it to America, Atlanta, Georgia to be exact where he  must save a young woman, Liv  (Lucy Griffiths), from a demon who’s out to kill her and make off with her soul. The premier episode wastes no time getting into the thick of it, introducing us to the world of demons, angels, black magic, and those born with innate mystical abilities. We’re also introduced to a couple of Constantine’s allies, both willing and reluctant. There’s a lot to take in, but the pacing is done well enough that it’s not overwhelming.

Constantine takes some of the tried and true formulas found in other supernatural shows and runs with the ball. From the build ups to the actual pay offs, everything is done well, but there was a little bit more that could have been done. The demon of the day had very little back story or build up, and felt that he was thrown in for good measure. For the most part we got the results of his actions, with no motivation other than he wanted Liv dead. No explanation as to why he wanted her dead, or if he was working for someone else.

Now let’s talk a little bit about Lucy Griffiths’ Liv. Originally meant to be Constantine’s sidekick, Griffiths was released from the show, and the pilot was reworked to explain her exit , after producers felt that they were hampered by her character. I’m not really sure how she would have hampered the stories they want to tell, but the real reason may have something to do with the reported poor reviews her character received when initial screeners of the pilot were sent out. We’ll never know the truth, but it has to lie somewhere in the middle.

In response to Liv taking off to California to stay with her cousin, and to be honest I’m not really sure how she’ll be safer out there without any protection that by Constantine’s side, we’re going to meet a new character in the second episode, one that will ultimately become Constantine’s sidekick. In comes  Zed, a character from the comic books who has a long history with the title character and her own occult connections. Played by Angelica Celaya, Zed is someone who can go toe-to-toe with Constantine, something the producers felt they needed. Executive producer Daniel Cerone was quoted as saying. “We wanted a more dynamic relationship, as opposed to someone who is a teacher/mentor and a student. It just didn’t feel as fertile and rich of an area as just a strong a man and a strong woman who are both very different.”

While it may have felt that Liv was the weakest part of the episode, it should also be noted that she also had the job of being the one always asking questions. She was supposed to be the connection between the viewer and Constantine, but it’s easy to see how that would have gotten old. In the end the change in direction might be the best thing to happen to the show.

Other than one particular miscasting, overall it seems that the producers have done a good job with the rest of the cast. Matt Ryan does an admirable job as Constantine. Harold Perrineau plays Manny, an Angel that is sent to look over Constantine, and reveals that John might not be as damned as he believes. Lost’s Jeremy Davies plays Ritchie, a professor pal of Constantine’s that wants nothing to do with the world of the occult but finds himself drawn in anyways. Rounding out the cast is Constantine’s friend, and cabbie Chas, played by Charles Halford. The entire cast seems to work well.

Overall, Constantine is off to a good start. Once the show finds its feet in balancing the supernatural with a bit of horror it will stand on really solid ground. The pilot delivered just enough to whet your appetite and leave you wanting to learn more. Ultimately that’s the goal it should strive for. It should make you want to come back and it’s done just that for me. I would even say it’s done a much better job in one episode than Gotham did in multiple episodes.

The casting was right, for the most part, and the direction it seems to be taking looks like it could be a fruitful one. If you’re a fan of the comic book then it’s something I would highly recommend. If you’ve never read an issue, fear not for a lot is explained. DC has been doing very well with their tv shows, and Constantine looks to be no different. Remember, Fridays at 10pm on NBC!