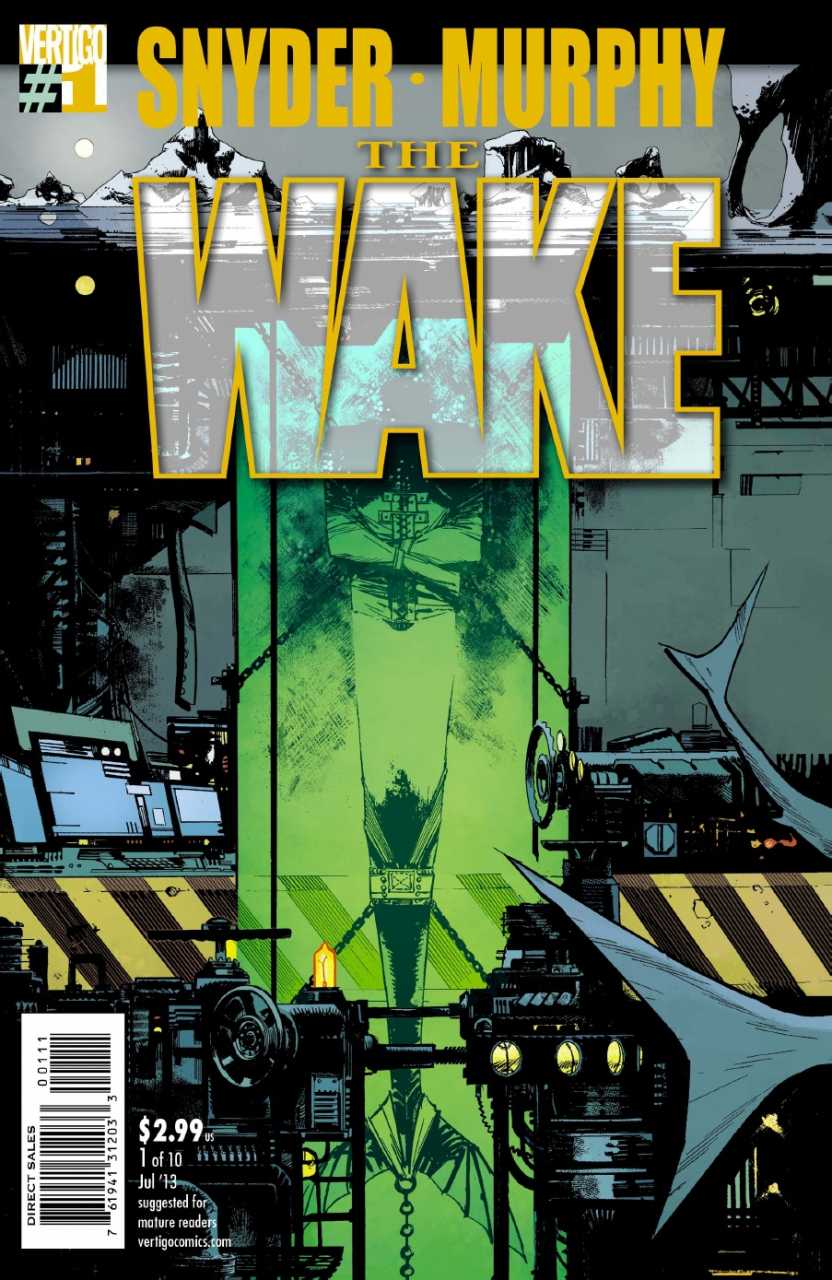 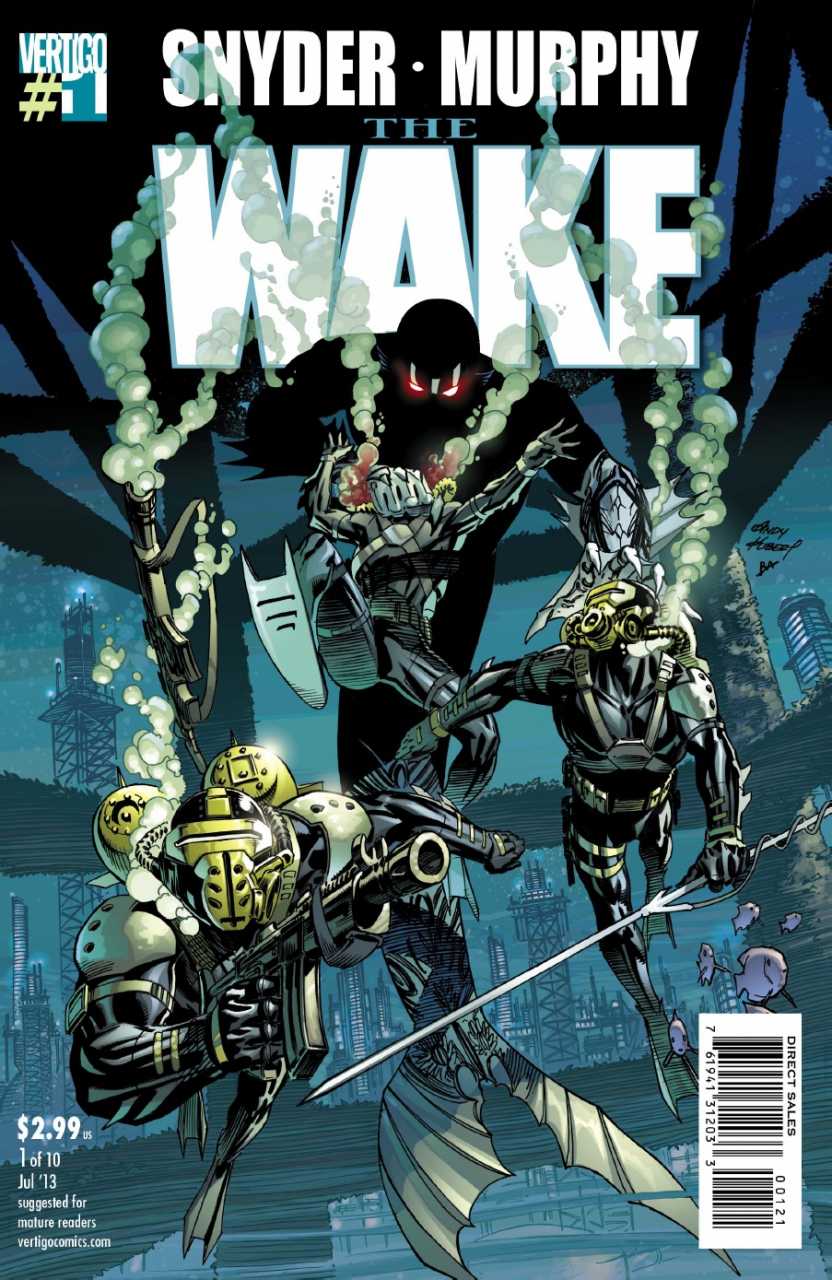 It would be fair to say that Scott Snyder has become one of my favorite writers in todays comic book market. His work on Batman, Severed, American Vampire and more has been some of the most well written stories I’ve come across in years. So when he announced his new creator-owned series, The Wake, I was excited. Then when it was announced that Vertigo would be publishing the 10 issue mini-series, and Sean Murphy would be handling the art chores I knew we’d have something good on our hands. Vertigo has long been a favorite publisher of mine, so knowing that The Wake would be there meant that we’d be treated to something different.

I will admit, I stayed away from everything and anything that had to do with The Wake, I didn’t want anything to spoil the experience. Now that I’ve read the first issue I’m glad I didn’t have anything spoiled, but my mind still isn’t sure what to make of the story. I really liked where the story when, and the potential it has over the course of the series, but it’s a story that I’m still working out. Did I love it? Is this the best story every told? To be honest, the answer to both questions is no, but there’s still a piece of me that thinks that this has the potential to be a great series. Maybe the fact that the story is still gnawing away at me is a sign that I enjoyed it more than originally thought.

Travel back 200 years and we meet the main protagonist, Dr. Lee Archer, a specialist of cetological vocalizations, or whale songs. She’s relegated to a life of chasing whales in the Pacific Northwest after being dismissed from NOAA. Again, the reasons of her dismissal remain a mystery. But when an Agent Cruz from the Department of Homeland Security (DHS) approaches her about a mission, she’s promised her reinstatement with NOAA and help in getting custody of her son. Unfortunately she hasn’t gotten the whole story, and she’s in for a wild ride at the bottom of the ocean. The reveal at the end is where it really starts to get interesting. 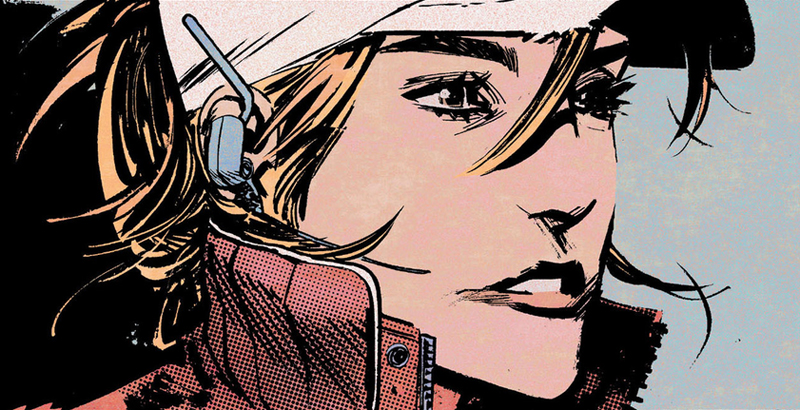 Some first issues reveal little, and set-up little as well. Thankfully The Wake is different. While it may not reveal a lot, there is a lot of set-up in the first issue, but it’s been paced perfectly. From setting up the events in the three separate timelines, to the connection between them, Synder has managed to give us just enough to follow along without feeling lost but kept enough that we’re left wanting more. The dialogue is fast and witty, the opening conversation between Dr. Archer and her son moved fast, but gave us insight into the type of character she was. It was filled with quick, witty dialogue that felt like you’re watching a Kevin Smith movie, where the characters are able to go back and forth in discussion without skipping a beat. It’s like one long take that’s nailed perfectly the first time.

Murphy’s art is top notch as always. His use of straight lines can feel overpowering at times, but here it blends in well.  The scene where the helicopter is flying into base camp on Alaska’s south slope comes to life as  the lines carve the landscape into ridges and valleys. It’s simple, but the art and the blending of the colors flows well and pops the panel to life. If there is a complain it would be the colors on the rest of the book. For me it felt a little too muted, and dulled Murphy’s art work a little. Still, it wasn’t a deal killer in the slightest.

Overall, The Wake is just another feather in Synder’s cap. I enjoyed the cross time connection that’s been woven into the story, no matter how brief it’s been. Both Snyder and Murphy managed to set up an interesting story that leave us wanting more. So if you’re a fan of Snyder’s work, or are just looking for a good story then you’ll definitely want to pick up The Wake.