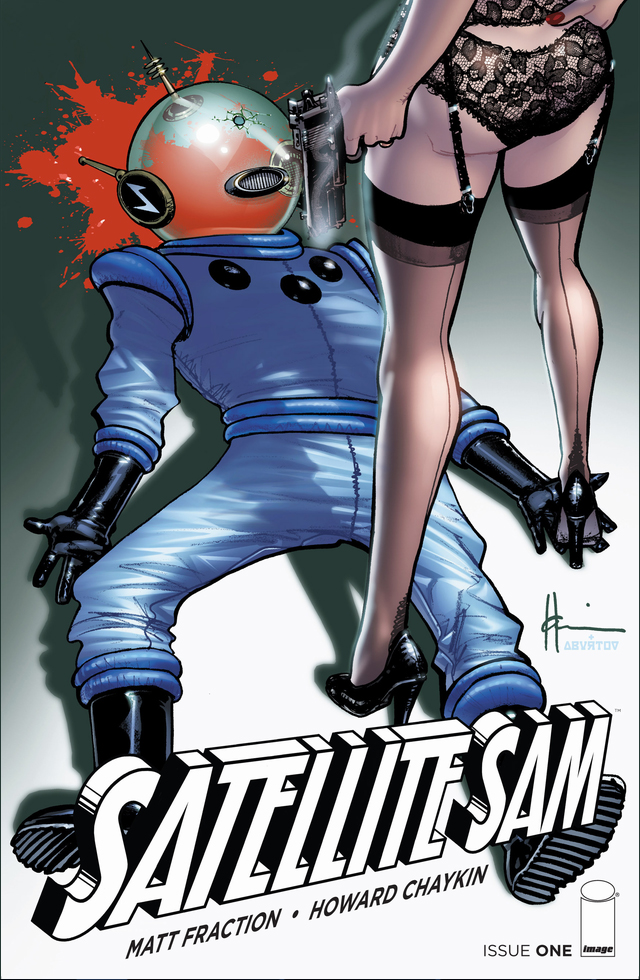 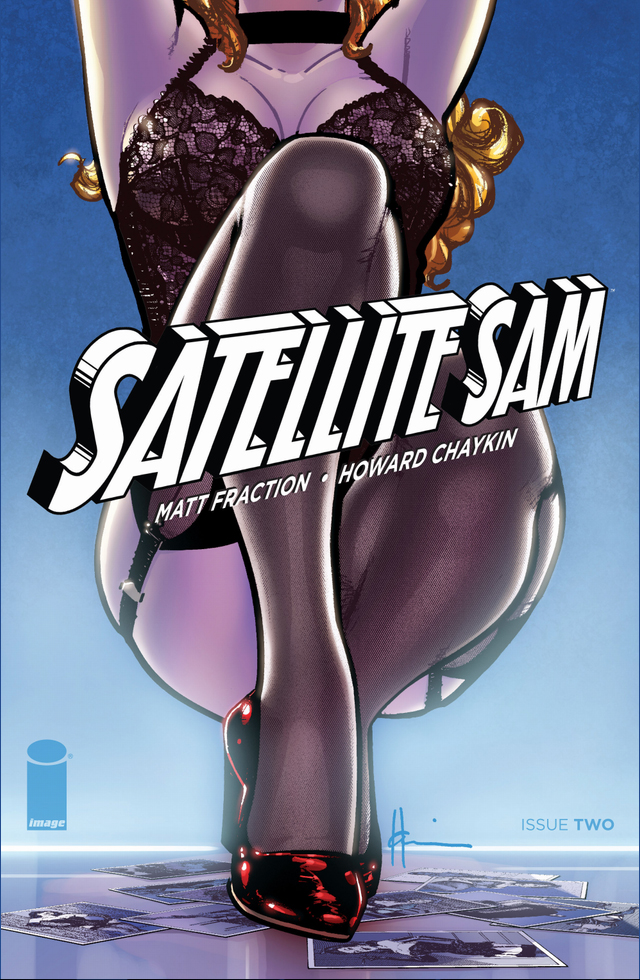 I’ve always bee a fan of Howard Chaykin’s art, it’s always had a noir feel to it, like it belonged in some pulp comic from the 1950’s. So when I read that he was teaming up with writer Matt Fraction to bring a creator-owned series to Image Comics I was instantly intrigued. Satellite Sam seems like it’s the perfect setting for Fraction and Chaykin’s work, the lives of people involved in a sci-fi television show filmed in New York City in the 1950’s. It’s like hitting the trifecta, between Chaykin’s artwork and Fractions penchant for writing crime stories readers would be in for a treat.

Setting itself up in the golden age of live television, Satellite Sam is the stereotypical campy ’50s show where everyone working there knows that it’s camp, but it’s a hit. The struggling LeMonde network is hoping to leverage the show into more growth. Meanwhile, the actor playing Sam turns up dead in an apartment under mysterious circumstance, and his son is thrust into the titular role. He also discovers that dear old dad has been taking pinup shots of hundreds of women. There’s plenty of mystery to go around.

The first issue sets it up as a cross between Mad Men and Studio 60 On The Sunset Strip, with the quick banter between the characters and at times a superfluous amount of dialogue.  It took me about half of the first issue to really get into the story before I felt like it was something I wanted to finish reading. This is partly the reason why I wanted to read the first two issues before gathering my thoughts and sharing them. I wanted to make sure it was something I wanted to stick around for. Thankfully it is.

In the second issue of Satellite Sam, we learn a little bit more about the deceased Carlyle White and his son Michael. Apparently the show is in its last year of contract with the LeMonde network and they’re desperately trying to get everyone to stay put. If they leave the network it would spell doom for LeMonde, and with the death of Carlyle anything can happen.

There’s a lot more character development occurring in this issue in an effort to flesh out the deceased White’s associates. While the story is extremely dialogue heavy just by slowing down a little and carefully reading through you’ll find a great dearth of information. One complaint about all of the dialogue though was the placement of the speech bubbles and dialogue boxes which seem to blend into the artwork making it difficult to follow at times.

Chaykin and Fraction are the perfect team-up for this book. Chaykin’s art dominates the book, easily becoming the best part about it. The beautiful, intricate backgrounds really bring out each panel; particularly in the first issue where a character is on the hunt for Carlyle and leaves the studio into the big streets of New York City. He’s able to bring everything to life with his character designs and their facial expressions. Little touches, like the rain reflected through car windows, breathe life into the story. Moreover, the choice to tell the story in black and white reminds the reader of a ’50s noir film — the perfect atmosphere for this book in particular.

After two issues it’s safe to say that Satellite Sam is a book I will be sticking with for the foreseeable future. While it might have some faults, for the most part it’s really a good book. Fraction’s writing can be a little intense at times, but he’s done a good job setting up the location and characters, it will be interesting to see where he takes them. It’s really Chaykin’s artwork that brings it to another level though. I can’t praise it enough. Fans of Fraction and Chaykin will definitely want to pick up this book. 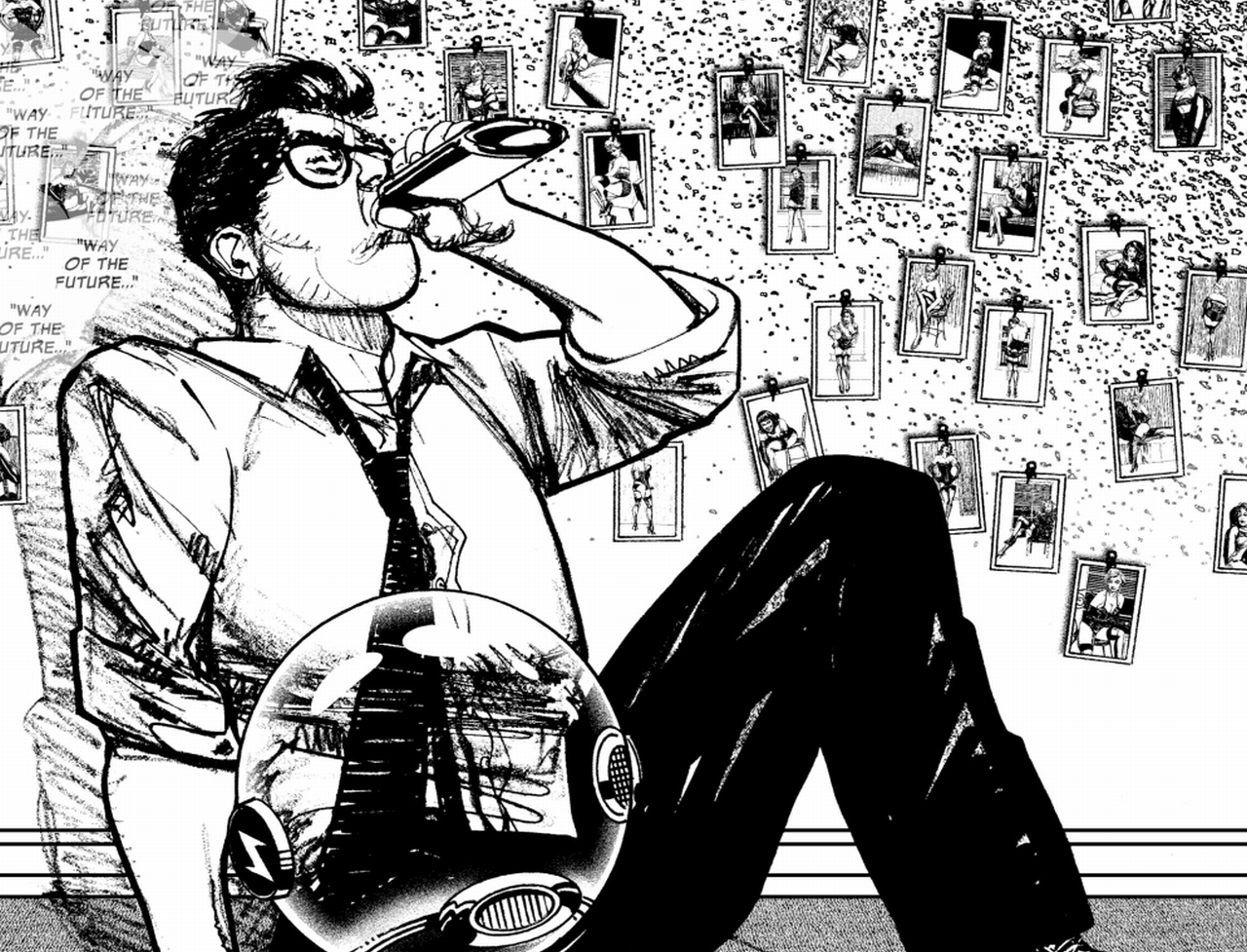