Are you tired of seeing tragic, appalling atrocities on the news? Privileged, coddled entitled teens and young adults getting away with horrendous acts because jail would “ruin their lives” with no thought to the victim whose life was actually ruined? Tired of the powerful, becoming more powerful, the rich getting richer, the Middle-class getting poorer, and the poor being criminalized? Done with half-measures, double standards and one-sided law enforcement? Sick of governments lining their pockets and creating laws that only help themselves? Then you need some Renato Jones in your life! You need the FREELANCER!! 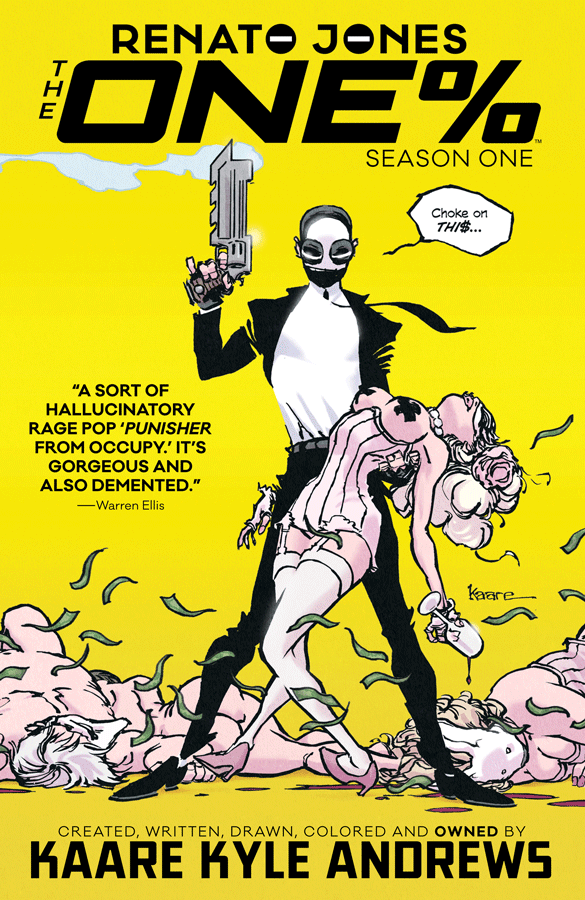 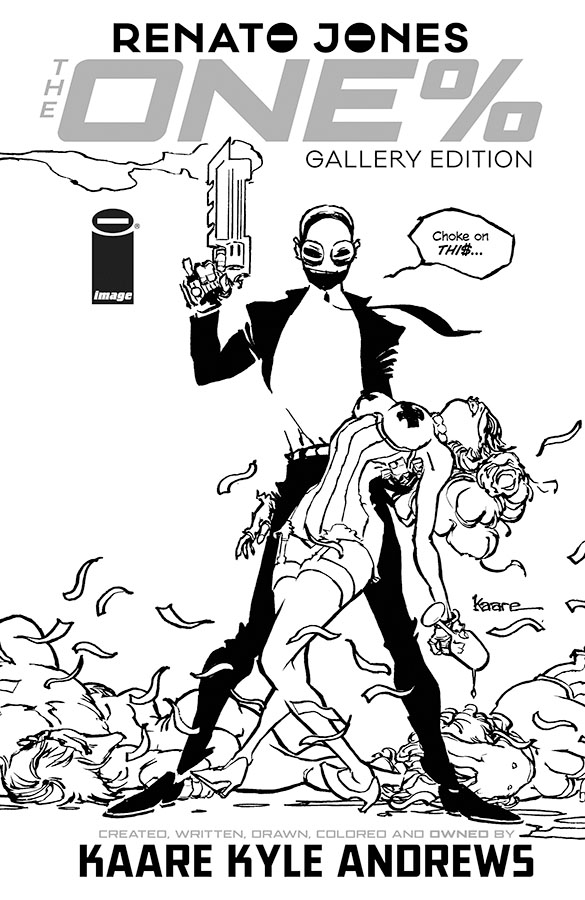 Written, created, drawn, and OWNED by the amazing Kaare Kyle Andrews (Spider-Man: Reign, Iron Fist: The Living Weapon) Renato Jones: The One% is exactly the comic we need right now. This is the book anyone with an inkling of disgust for the current state of the world would write and love to read, but only Kaare Andrews had the guts to actually put it down in the unflinching way it needed to be done. Andrews’ style of art brings to mind the clean, energetic line work of Frank Miller in his prime! And yet it’s still his own thing. Where Miller was great at some bombastic spreads, and the little character moments, Andrews excels at this, but he also does action at a level Miller never reached. The book goes from full color to black and white, and back, and it is all gorgeous and glorious to behold.

"...a sort of hallucinatory rage-pop 'Punisher from Occupy.' It's gorgeous, and also demented."

But enough of me gushing about the art. The story is just as good and is probably the most relevant book you will read right now. There are moments in this where Andrews narrative is almost predicting where we were headed. This book came out in issues during the election, but he wrote it before that, and you can tell simply with the subject matter. The issues the country is dealing with have been boiling for a bit, and Renato Jones allows it to boil over in an over the top fashion that would be horrible in real life, but fits perfectly in the over the top, exaggerated world of the book. Without spoiling anything, Renato Jones is the Freelancer, a moral assassin out to balance the scales in a world where the rich and powerful are nigh untouchable. They can kill, rape, steal, and run ethically questionable corporations, and they do, without consequence… until now!

Renato Jones takes the phrase “Taking it to the man” to a level unseen in comics before. He isn’t anti-establishment, but he is not letting anyone get away with the misuse of people’s lives either. Servants are seen as not even human by most and are treated accordingly, and in doing so you make yourself a target for The Freelancer. You do not want to be on his list. 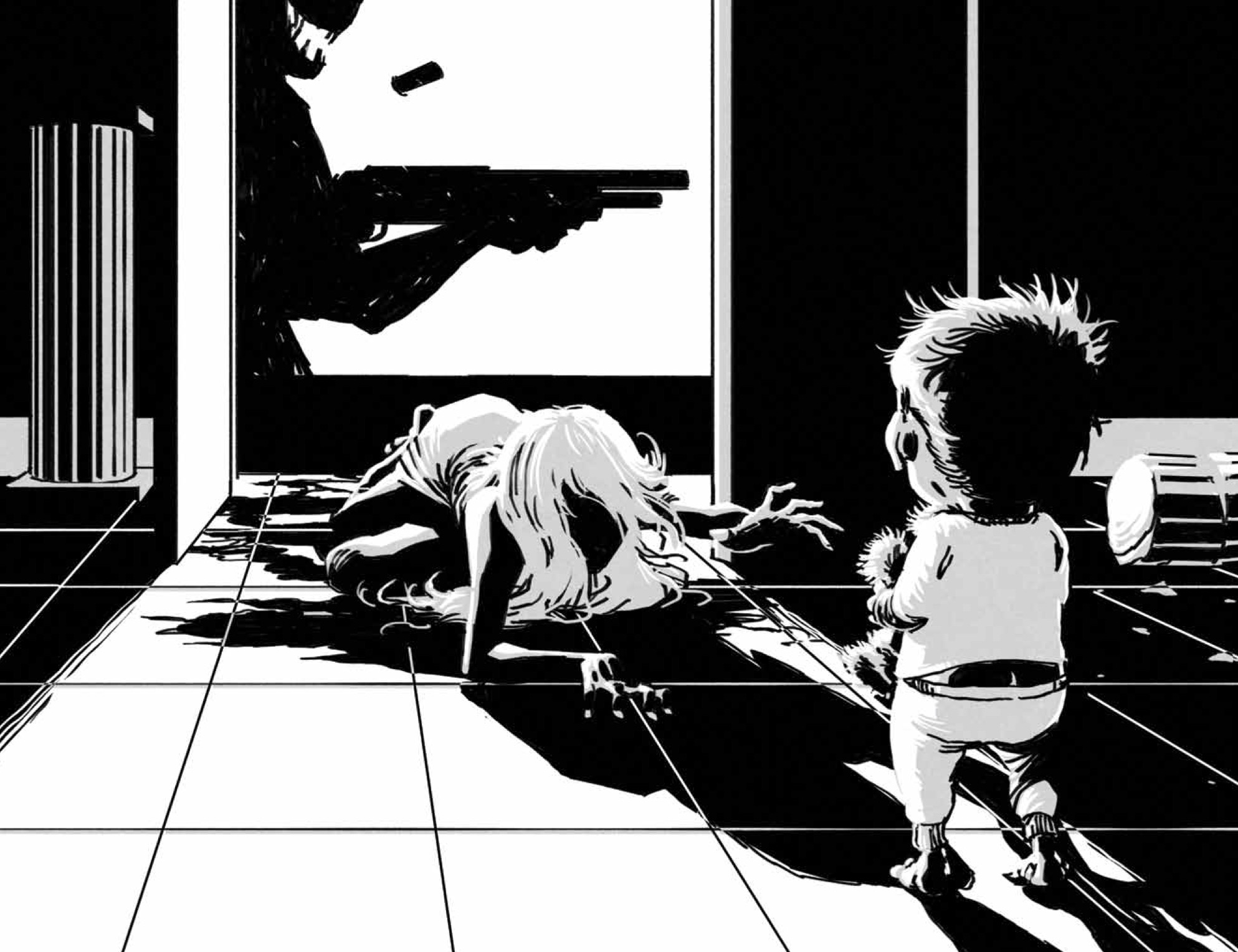 What could easily be a simple revenge story, takes a deeper turn when you add in supporting characters Church, Bliss and even the twisted Bat-Iron Man hybrid Mr. Wicked Awesome! Yes, that is really his name! Even Renato is not exactly what or who you would think when you first start the book. There are twists and turns, and yet the story still surprises and thoroughly enjoyable, but the message is never lost. By the end of the first volume, you will be waiting for what comes next with anxiety and anticipation. I can’t wait to see what happens next, and I almost pity his next targets… almost. 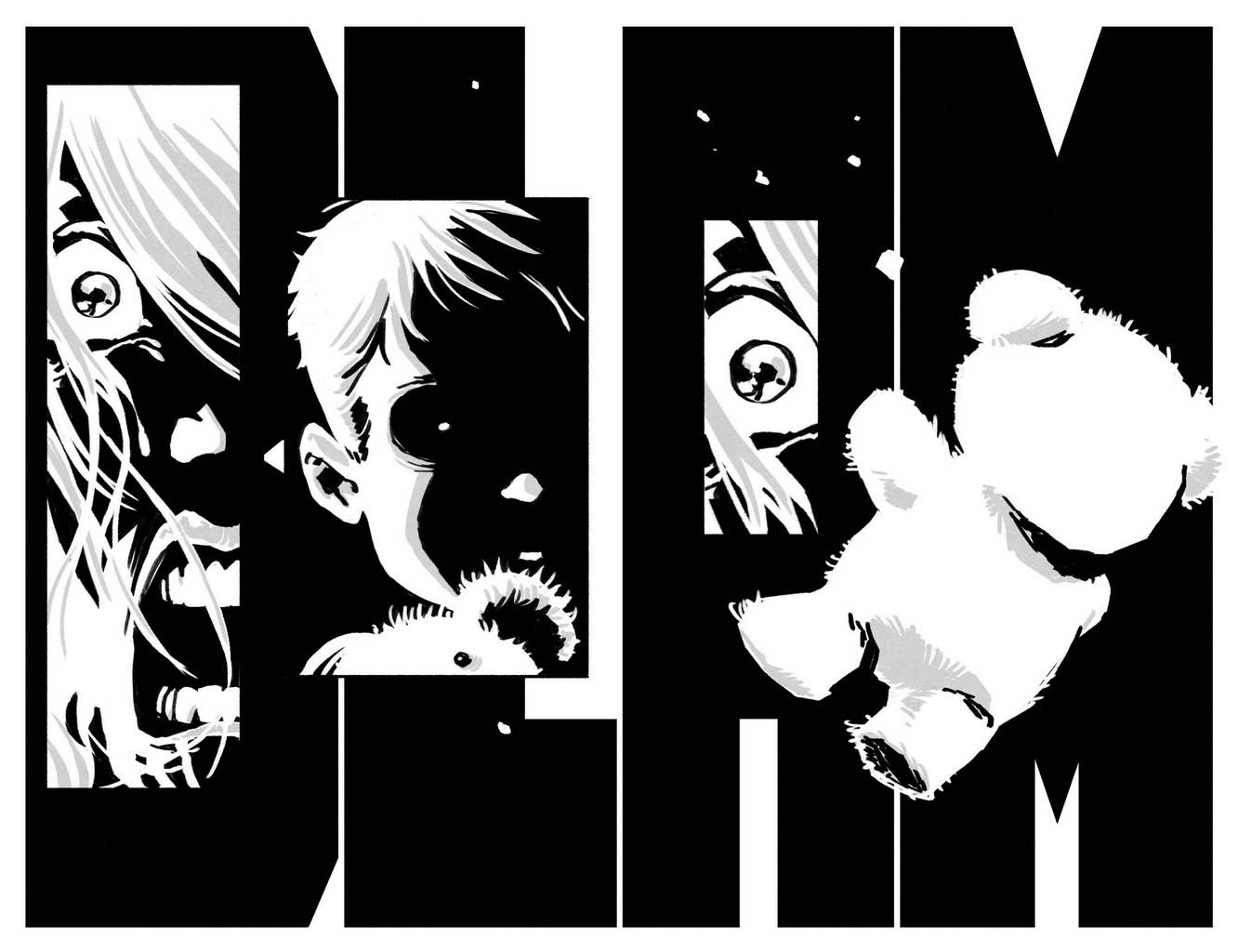 RENATO JONES: THE ONE%

So if you’re looking to let out some frustration about the state of the world and people, Renato Jones: The One%  is your book. Season 1 (Volume 1) is available from Image at your favorite bookseller or order on Amazon via the 8 Bit Soul Affiliate Link! Trust me, you will not be disappointed!