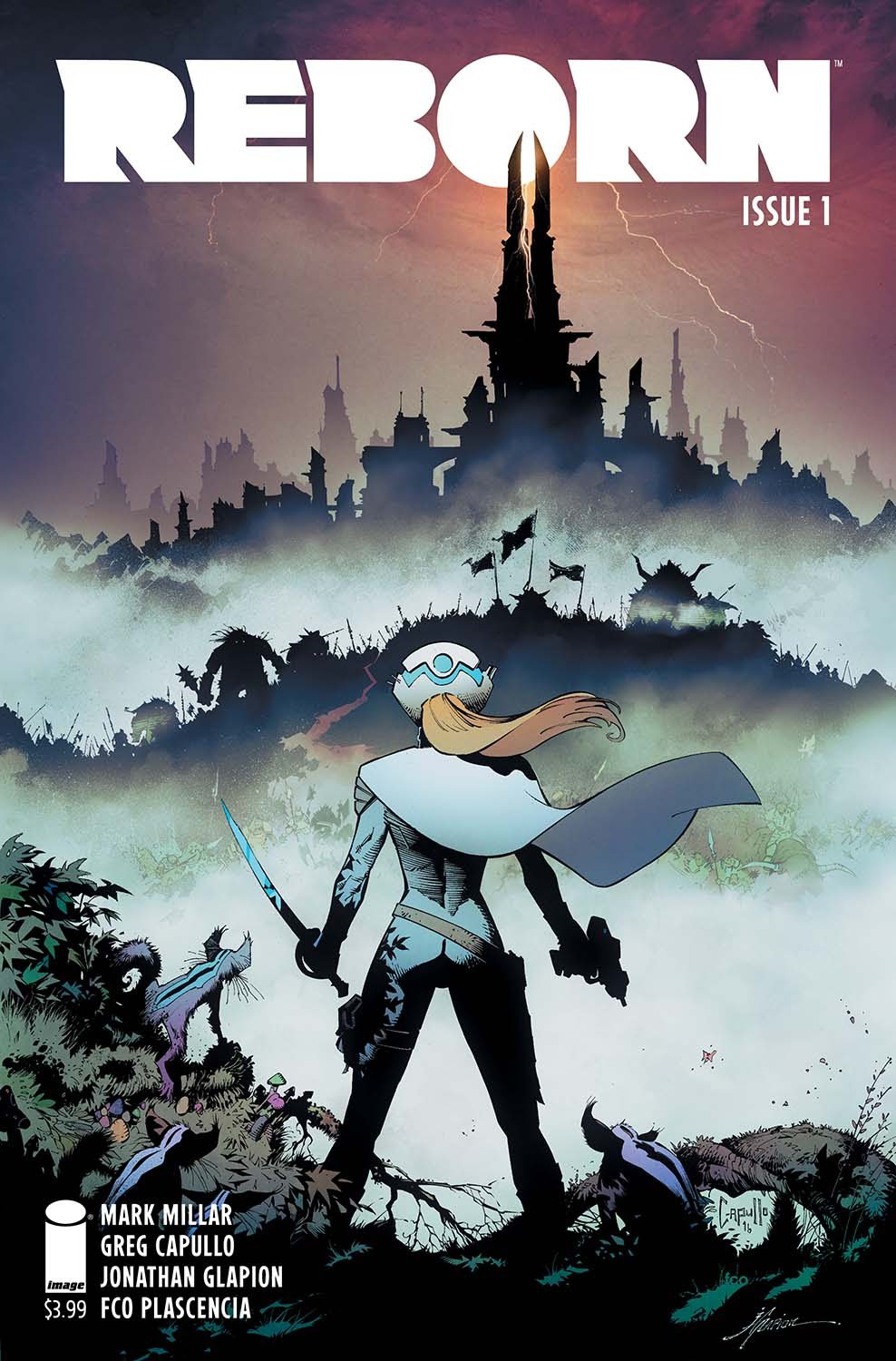 Variant covers are shown through a gallery on the right. You can use the arrows to scroll through faster.

Reborn is one of this years most highly anticpated comics and for good reason. It has superstar artist Greg Capello teaming up with popular writer Mark Millar for a sci-fi fantasy epic that has received heaps of hype, yet little is actually known about it. Will it garner the same popularity of Wanted or Kick-Ass, or will it fade off into the sunset without ever finishing like War Heroes? One would have to assume that with Greg Capello handling the art chores you can be sure that Millar’s feet will be kept to the fire and we’ll see a timely conclusion to the series. The big question though is, is it worth it? Is Reborn worth the hype? Let’s take a look.

The first question you’ll ask is just is Reborn about?  It’s a book that explores the afterlife, but with a sci-fi/fantasy twist. Many people believe that when we die we go to heaven or hell, some believe that we simply die and there is no afterlife and others believe that we’re reborn as someone new. Reborn takes the approach that when we die we’re brought somewhere else, somewhere different that combines elements of science fiction and fantasy, from space ships to dragons. We’re brought to a land where people form our past are waiting from us, both the good and the bad. Our life doesn’t end, we simply go somewhere else and are forced to battle for life and death in this alternate land.

Reborn is about the characters, Millar dives deep into the backstory of the main character, Bonnie Black. We learn about her father and mother, her husband and children. We learn her hopes and fears, she has no religious faith and believes that once we die it’s like a light simply switches off. She’s fearful of death and she has no problem letting people know it. Millar does an excellent job describing Bonnie’s life through the years, he makes her feel like a real person. Her backstory creates a calm before the storm, and the storm has grown into a hurricane by the time the book ends. 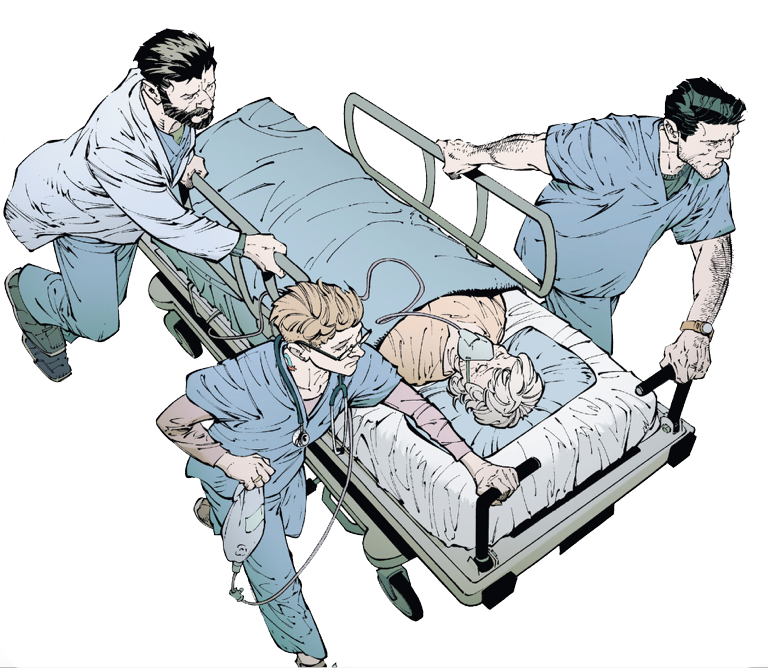 Millar has been known to weave these grandiose stories that are non-stop action, but Reborn has taken a different approach with its first issue. He’s focused on the story-telling, the character development. By the end of the first issue we get a complete idea of who Bonnie Black is, why she’s regarded as the protagonist, we’ll just have to find out. Bonnie comes across as sincere, strong and most of all human. We empathize with her fear of death, but we also want to travel with her to the new land where dragons are being brought down by battle axes.

Couple the writing with Capello’s detailed artwork you get a complete book, something that feels like it’s worth every price of the admission. For years we’ve been used to a dark and gritty style from master Capullo, but Reborn extends his talents in a different direction. His art is so rich in detail, capturing both the smallest detail to drawing a massive battle scene. There are panels that merge science fiction and fantasy with such ease that it never looks out of place, it’s all seamless. Time and time again, Capullo has demonstrated that he can tackle any project he’s on and Reborn is just another feather in his cap.

Overall, Reborn is off to an excellent start. From the storytelling to the art, everything compliments each other perfectly. Fans of both Mark Millar and Greg Capello won’t be disappointed with this excellent start to the series. Knowing Millar, it would be safe to say that he’s already got ideas about making this into a movie, but it’s safe to say that it would easily work on the big screen. There was a lot of hype for Reborn, and thankfully it’s lived up to all of it. 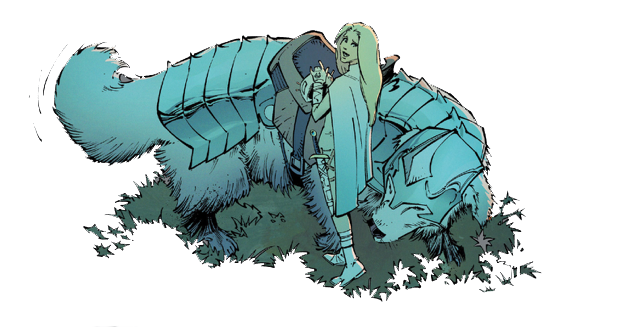