Earn New Monarchy Reputation by trading in materials such as:

The following looks a the New Monarchy.

In the earliest days of the Last City, various factions vied for the hearts and minds of the masses. The struggle because so strong that an ensuing war developed between the, The following conflicts, known as the Faction Wars, brought the City to its knees. A gathering of Guardians fought to end the conflict and a new peace brought a new order: the City Consensus and the Speaker ruled together, and the surviving great factions worked through civil channels to pursue their agendas.

The New Monarchy was one of these factions. Led by a group called the Inner Circle, members are known for their military prowess as well as their secrecy. They believe they must always be ready for the impending war with the Darkness. In their opinion, preparing for that confrontation should be the sole, driving purpose of the Last City and the Guardians. They are also deeply concerned with fate, and whether or not it is possible to alter history altogether.

The New Monarchy rose from the ashes of the Faction Wars with a simple, inclusive guiding tenet: “Together we will rise.”

Leery of the fragile state of the City’s politics, the New Monarchy maintains a watchful eye on the Speaker, the Consensus, and the Vanguard, seeking the leadership that will properly reign over the City and return our civilization to its Golden Age splendor. If that leadership cannot be found, then it must be created.

Hideo is one of New Monarchy’s Executors, a high-ranking position with some form of legal authority. Before joining New Monarchy, he was a Plasteel manufacturer who made generous donations to the people of the City. He is considered an upstanding citizen and was once known for his lavish gifts to children and the elderly. Since he moved from plasteel manufacturing to the New Monarchy, he has been less forthcoming about his business and less free with his funds. Due to his position and time in the faction he has built significant connections throughout the city, including to the royal family.

Executor Hideo has a dim view of his faction’s rivals, calling Dead Orbit spineless and Future War Cult “all secrets and nonsense”. He also isn’t pleased with the Speaker’s perceived inaction or Zavala’s unwillingness to join him. Instead, he puts his faith in the City and the possibility of returning to the Golden Age. But as one of the public faces of the Monarchy, he speaks with genuine passion and conviction about the possibilities of a united future.

“Hope will be born from the collective triumphs of the king in us all.” 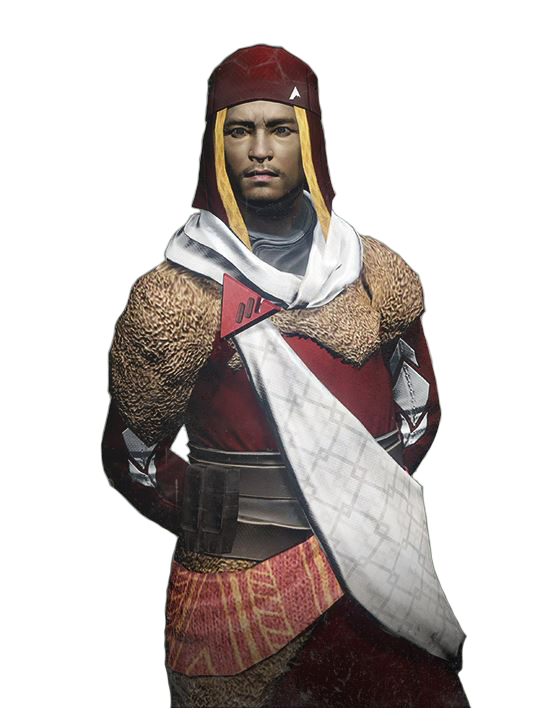 After each leveling up of the New Monarchy Rank there is a chance of a weapons reward, the reward can be a random weapon. Additionally, each weapon can be purchased from Executor Hideo in the Tower for various Legendary Marks, as long as the Rank requirements are met. Weapons purchased from Executor Hideo will have a light level of 320, while rewards can have various light levels. 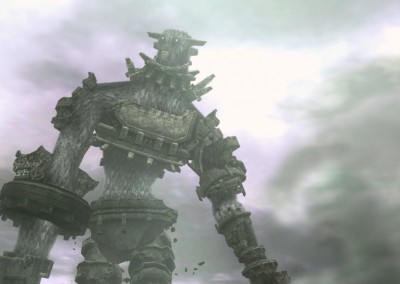 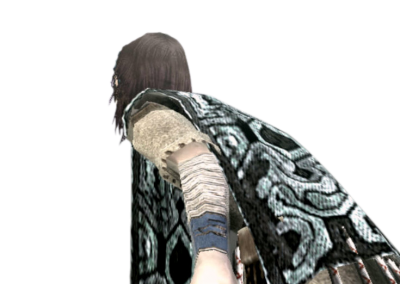 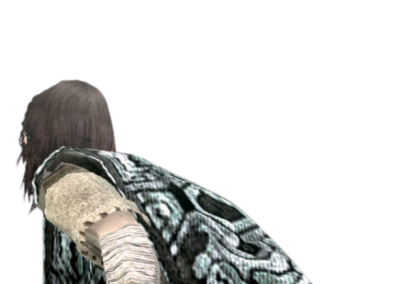 Each armor piece can be purchased from Executor Hideo in the Tower for 75 or 120 Legendary Marks upon completion of New Monarchy Rank requirements. Armor purchased from Executor Hideo will have a light level of 320. It is also possible to receive a weapon or a piece of armor as a reward for reaching various New Monarchy Ranks. The rewards pieces can have a varying light level. New Monarchy equipment has a focus on Intellect and Strength stats.

To view the New Monarchy armor, simply click on the tab that corresponds to the Guardian type. Click on the armors name to visit Bungie’s official site and receive all of the official information on each piece of armor.

The Senator Shell, a level 40 Legendary Ghost shell that can be acquired through a Reward Package from New Monarchy. To learn more click on the name of the shell in the chart below. 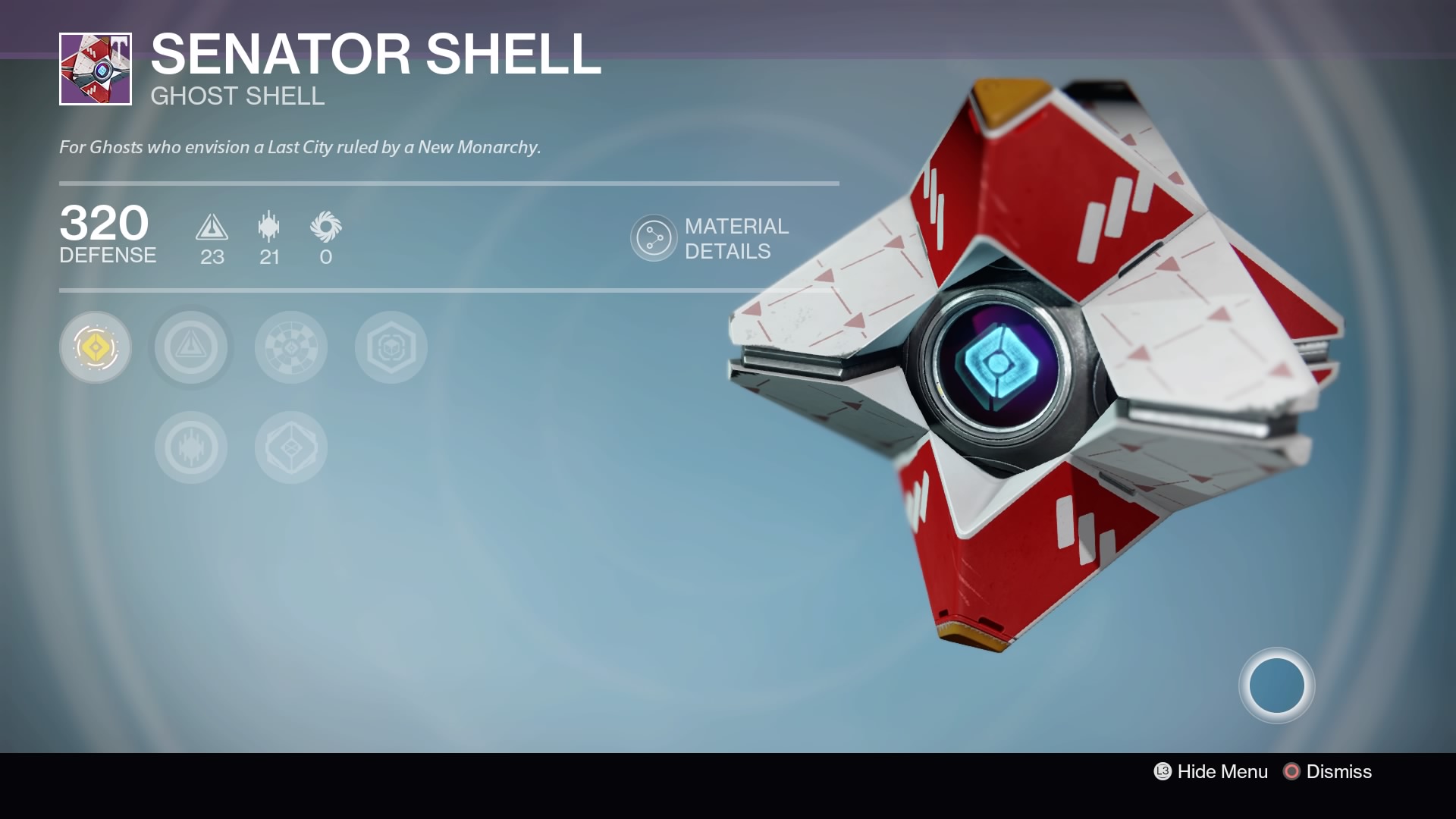 The S-38 Regal Bearing is a Sparrow that can be acquired through a Reward Package from New Monarchy. To learn more click on the name of the Sparrow in the chart below. 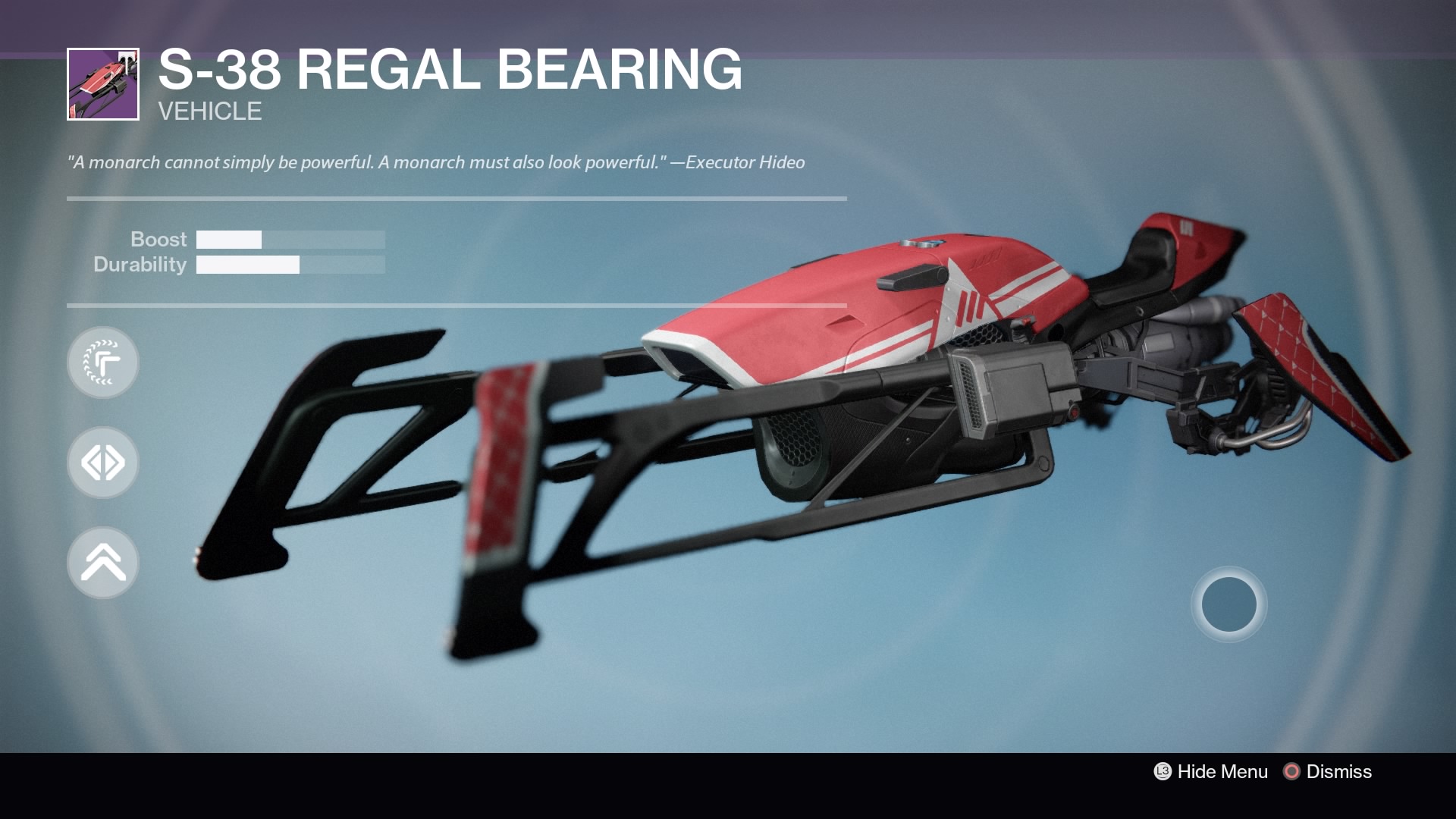 Both ships are Legendary class ships that can be randomly rewarded for increasing your New Monarchy Reputation. 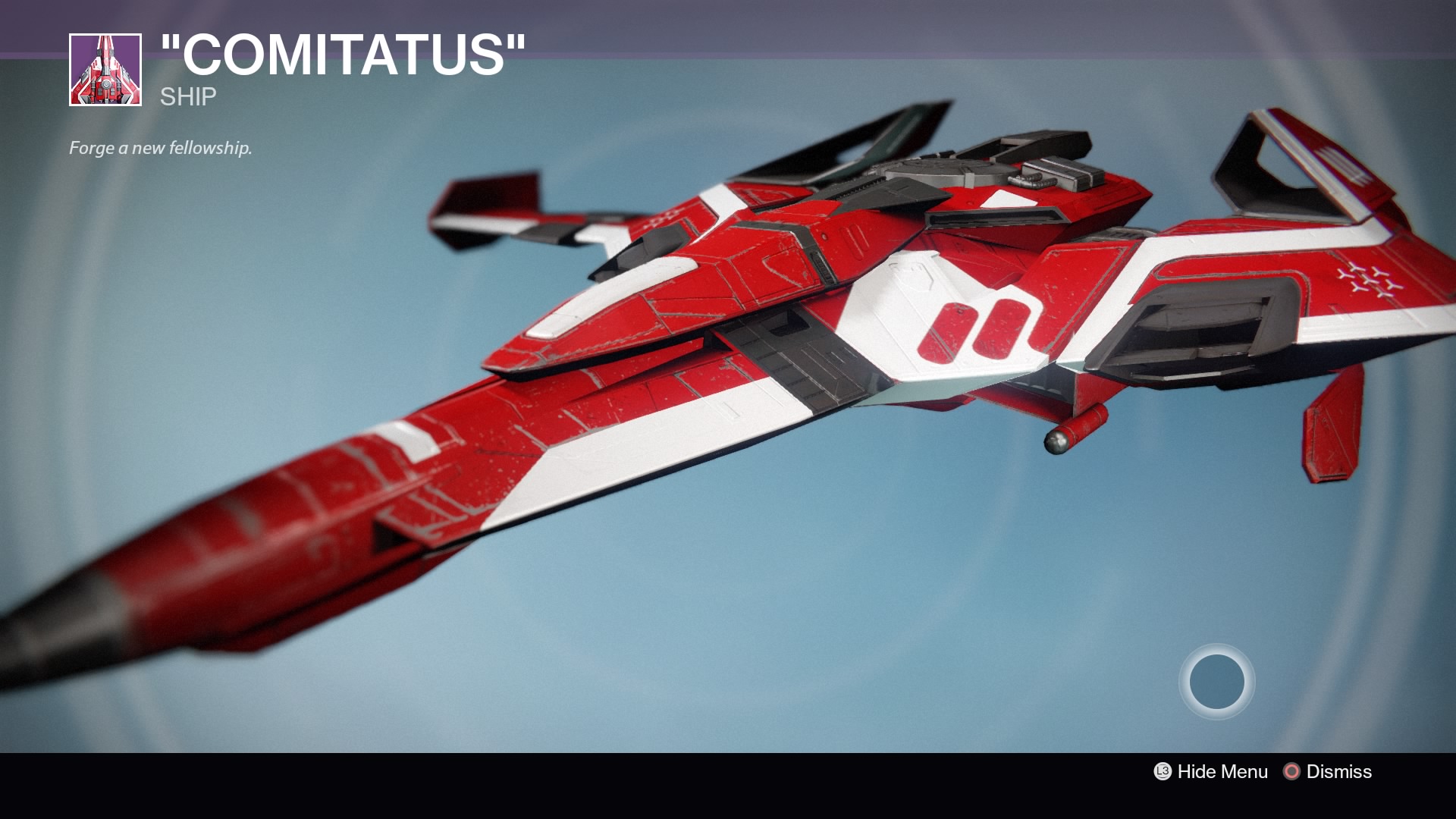 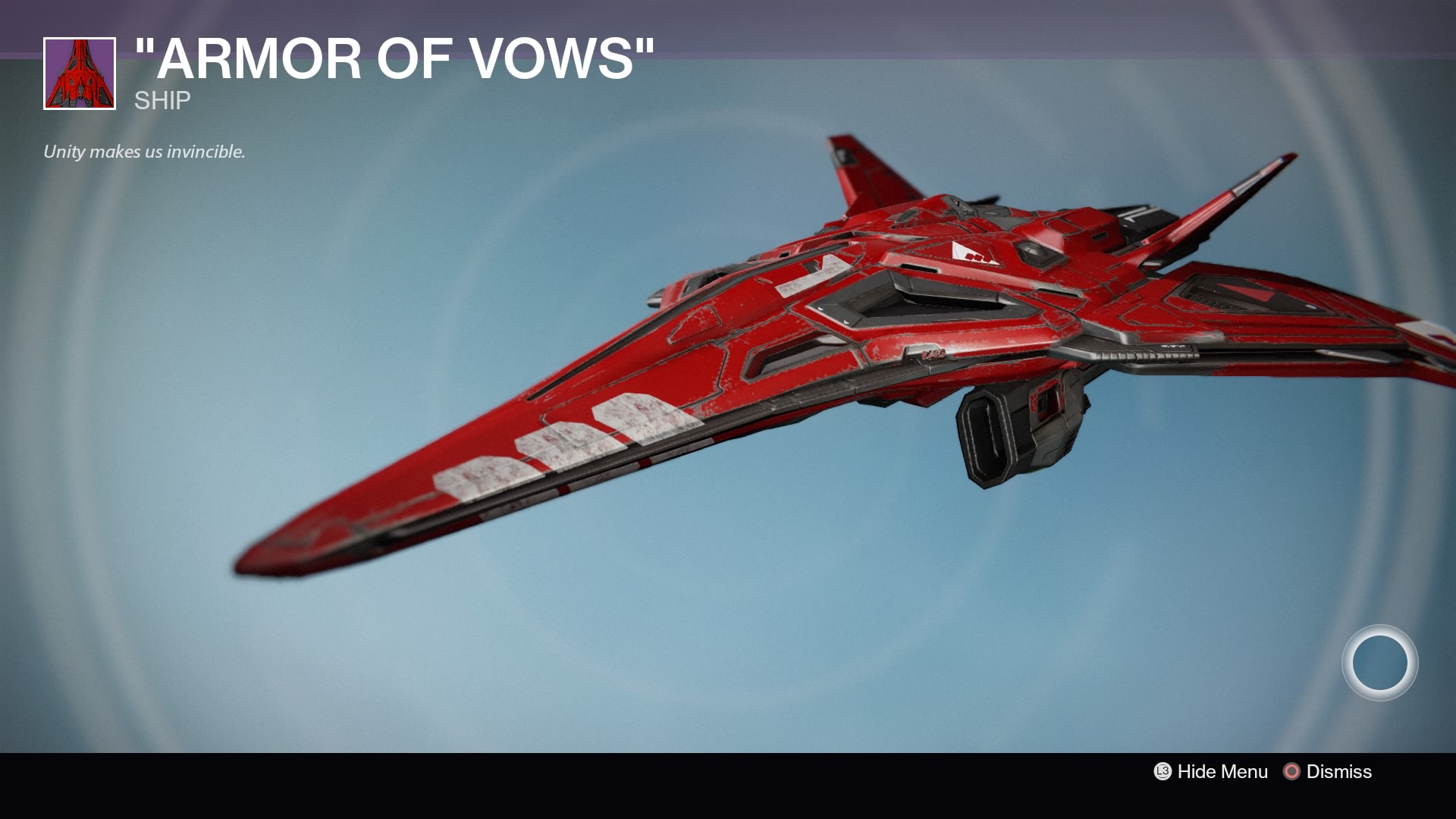 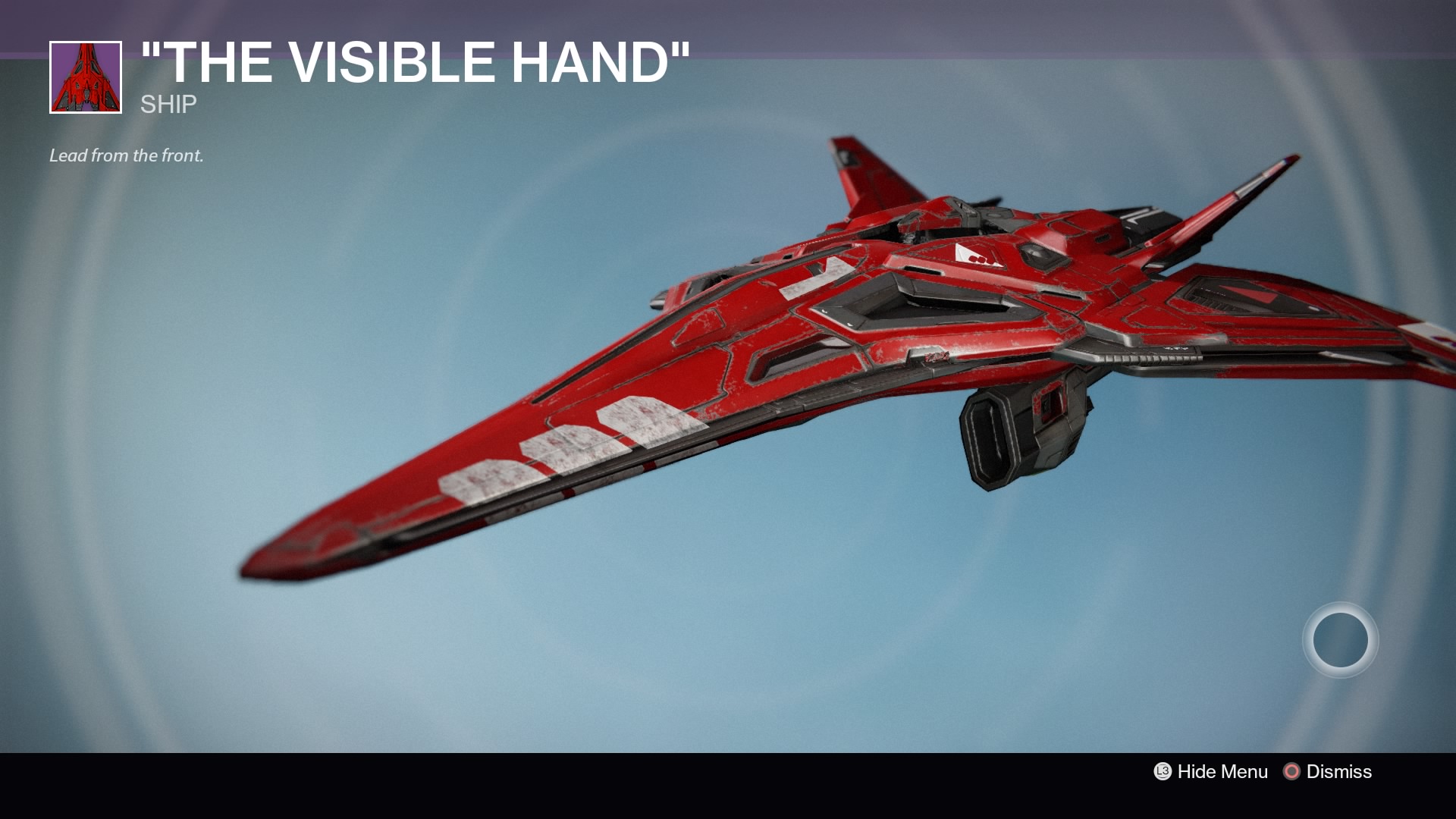 Players are rewarded with Future War Cult emblems as they progress through the Rank reputation. Emblems can randomly drop in rewards packages.

Badge of the Monarchy

Badge of the Monarchy II

Badge of the Patron

Badge of the Patron II

Crown of the New Monarchy

Shaders are randomly rewarded through drops upon the completion of New Monarchy Ranks.

* taken from the Executor Hideo Grimoir, found at bungie.net