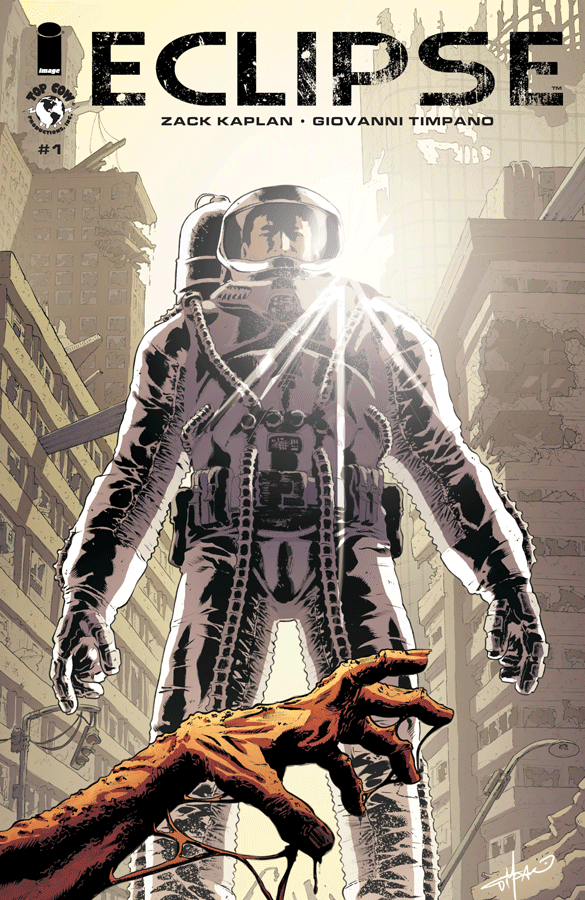 New comic books launch every week, some are good, some are bad and many are forgettable. When deciding on what to buy I need to be hooked by the little blurb that pops up in Previews or on Comixology. It’s the pitch they’re making with that one blurb that will determine whether it’s something I’m going to pick up or pass over. So when I read the description for Eclipse I was intrigued. I wasn’t familiar with the creative team, but the description of a future Earth that suffers a cataclysmic event due to solar flares caught my attention. It was enough to lure me into the first issue. The question remains, was the first issue enough to keep me coming back for more?

To put it bluntly, yes. Eclipse, a new sci-fi series from Top-Cow studios and Image Comics, take a look at a world that has been decimated by a solar flare even that left billions dead. Now humanity has moved underground to avoid the deadly effects of the sun. Humans have become nocturnal in an effort to avoid being burned to death by the light of the sun. Society is rebuilding itself, but it’s not easy and to make matters worse there is a killer on the loose, and he’s using daylight as his weapon.

The protagonist of Eclipse is David Baxter, or Bax as some people call him. He works for the Solarity, Inc. and specializes as an “Iceman”, someone who wears a protective suit that is refrigerated and goes out into the daylight to make repairs as needed or attend to other issues that may arise. Bax is one of the most experienced Icemen out there, but he’s got the silent broody thing going for him. Which is a little disappointing since that’s an overplayed trope. There’s some back story to Bax that hasn’t been explored yet, but we’re lead to believe that he’s a hero for his actions during the event that drove humanity underground. People hail him for saving many lives, but it’s something that he apparently doesn’t want to talk about.

We see that the story takes place in Manhattan, and Times Square seems to be one of the primary locations. Humanity has moved underground and while some still venture topside during the day, they wait until nightfall to make their way to the fresh air. There’s a lot of security involved, and a curfew is put in place prior to sunrise. Authorities do sweeps of the areas to ensure that nobody is left behind. There seems to be law and order, which is nice to see since most series will have a post-apocalyptic society be lawless.

While out on a routine inspection, Bax is called to the scene of a death, it appears that someone broke curfew and went out into the daylight, but in reality it looks like the person was murdered. There are cameras all over the place and the person wasn’t seen when authorities do the final sweep before curfew. Someone put him there. There’s a Bible verse written on a wall near the dead body as well, and we come to find out that the person murdered received the same verse in the mail days before his death. Now another bible verse has been sent to the daughter of Solarity, inc’s CEO., Rose Brandt.

Bax, has been called upon by Mr. Brandt to help train his men with the use of the Iceman suits so they can catch the murderer and protect his daughter Rose. Rose is a bit of a wild child and has a penchant for dayclubs (it’s a dance club that operates in an abandoned building on the surface during the day). They plan on using her as bait to help lure out the killer, but didn’t anticipate that he’d hit as early as he does. Brandt’s security team are killed, in a rather interesting way, but Bax ends up saving Rose and gets to see the would-be murder standing in the sun. Without a protective suit.

Going into this I was unfamiliar with the creative team and to be honest I still don’t know of anything Zack Kaplan’s done, except apparently teaching screenwriting in the Philippines. Yet despite the overused trope of brooding main character, I liked the story. I enjoyed the set up and felt that just enough was revealed as to what happened and why they’re in the situation that they’re in. Kaplan pulled back the curtain just enough to give us a peek without ruining anything. The writing doesn’t get convoluted or bogged down, the story keeps flowing and works well for a first issue.

Giovanni Timpano’s frames do a great job of scale, from the opening panels showing a crowd in Times Square being hustled into the safety of the underground city, to the then-empty streets as dawn breaks around the skyscrapers. Yet I found the artwork itself to be lacking in many instances. It just didn’t click for me. Some of the characters would look different from panel to panel, there wasn’t a consistency to the style. I was hoping for more, but thankfully it’s not a deal breaker for me.

Overall, Eclipse did plenty to make me come back for more. Kaplan’s story certainly made me curious as to what comes next. There’s a lot to play with in the premise and the manner in which he revealed things leaves a lot to use in future issues. There’s plenty of potential, not just for the characters themselves, but for the story of the cataclysmic event and even a look at the immediate after effects. The first issue was a fun, inventive read. Here’s to hoping that the story can maintain its pace without getting bogged down in Bax’s broodiness. If so, this will be one of those books that flies under the radar, but has hit written all over it. 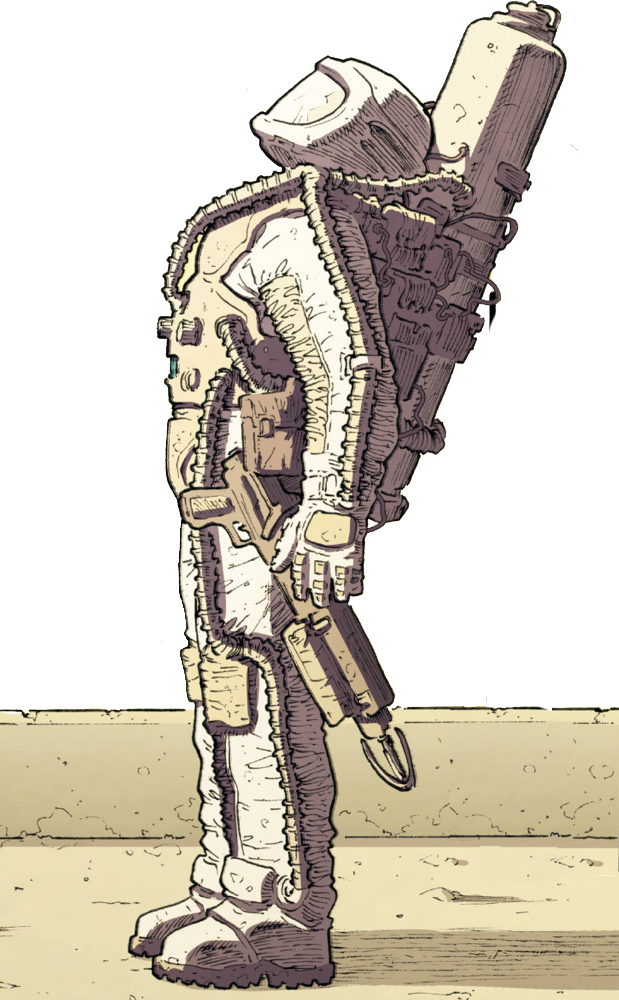