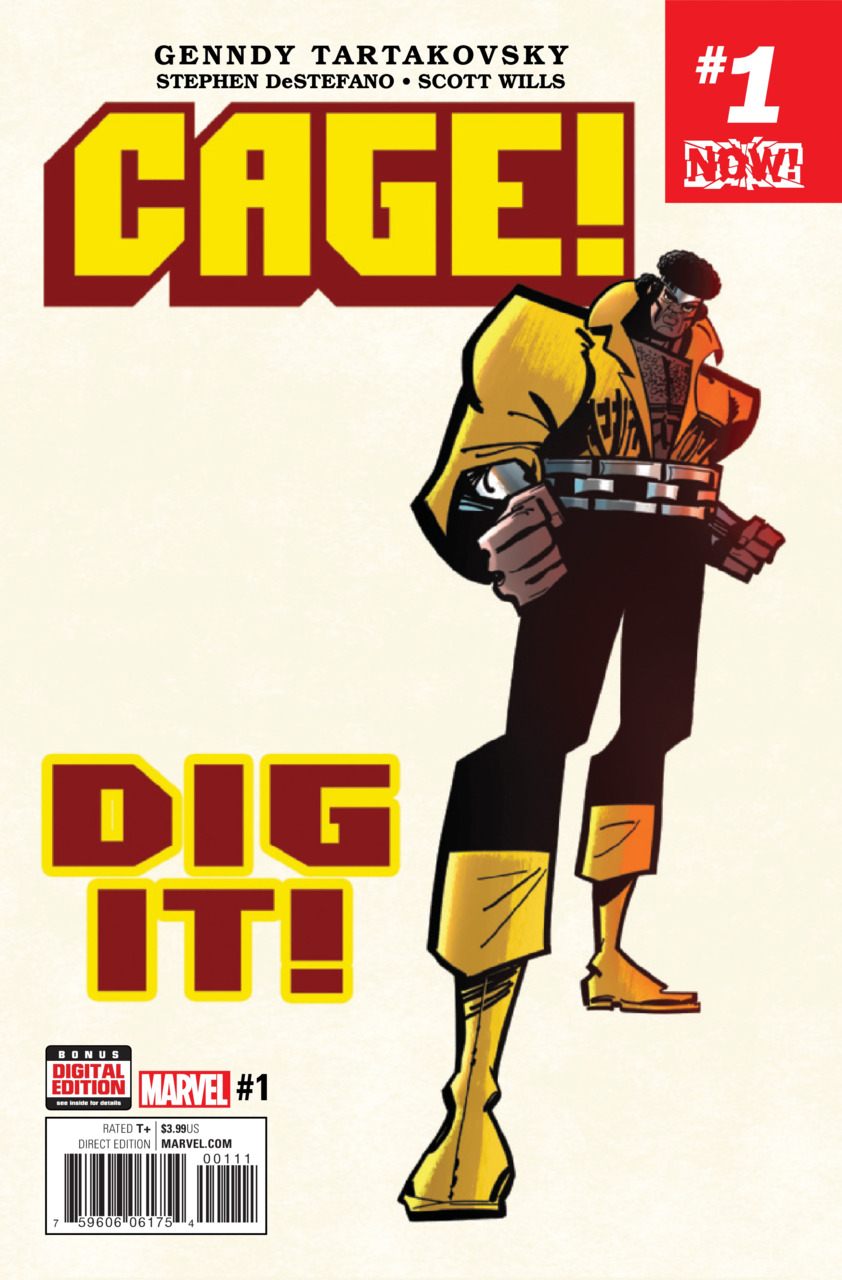 Sweet Christmas! It’s good to be a Luke Cage fan right now! Between Netflix’s newest Marvel release “Luke Cage” a couple of weeks ago, and the long awaited CAGE! comic being released by Marvel finally, the brother with the bulletproof, steel hard skin is on top of the world. Marvel has slowly been building him into a mainstay for the past decade by including him in the New Avengers all the way back in 2005, along with Wolverine and Spider-Man. If you haven’t watched the Netflix show yet, you really need to, it’s a hell of a good time, and the most unique of the shows. But this isn’t about Mike Colter kicking ass, and taking names. No my friends this is all about old school, classic, silk shirt and tiara wearing Luke Cage aka Power Man!!!

Written and drawn by Genndy Tartakovsky of “Samurai Jack” and the “Star Wars Clone Wars” mini-series fame, CAGE! has been in development since 2007, but is just now coming to fruition, and Tartakovsky’s style is all over this. If you want a modern or serious version of Luke Cage you can catch up with him and his partner/best friend Iron Fist in the amazing “Power Man and Iron Fist,” as this is a more comical take, at least it was so far. Tartakovsy’s art style really works well with the 70’s setting of the book. If you’re a fan of “Samurai Jack” you can probably recall a few of the different time periods he used as inspiration and this looks straight out of the 70’s episode he did. It takes the over the top and silliness of the villains of the time and just has fun with them. There’s a great scene where a few of Cage’s villains have teamed up against him, and the fight itself is just hilarious. The story itself doesn’t take itself too seriously, but it still provides a mystery. Who is setting Cage’s enemies against him? Where is Misty Knight? Will Iron Fist show? And as an added bonus, comic historians will love a little nod to the past with a quick cameo from everyone’s favorite mutants! It seemed out of place until the note reminded me of something I actually read a long, long time ago. The scene and note put a smile on my face, as it was a way of placing it firmly in Marvel history. But I digress.

This comic won’t be for everyone, I can tell you that right now. The very cartoony art style, overly exaggerated expressions and poses, along with the overall campiness may turn some off. But it’s also what will draw many in. It’s like a Blaxploitation film written and drawn by Genndy Tartakovsky and that actually sounds awesome! I read this book and immediately imagined animated shorts or something along those lines. If you’ve watched “Black Dynamite” the animated series, or the film, you will be right at home with this. It’s nowhere near as adult, but it has that same overall feel of that mix of campiness, humor, and edge. As I said, the book doesn’t take itself too seriously, but I wouldn’t be surprised if we get the occasional social commentary, but so far it just seems like a fun ride to enjoy. With only four issues I can only imagine where this is going; a crazy, over the top, Afrotastic beat down of epic proportions! If Tartakovsky can keep this pace, and the tone, then this will be a great, fun little book to have on the shelves when the series is all finished. I hope they do an Iron Fist set in the seventies with Tartakovsky writing and drawing too! So get on board, if any of this sounds like your kind of thing, you won’t be disappointed. Can ya Dig it? 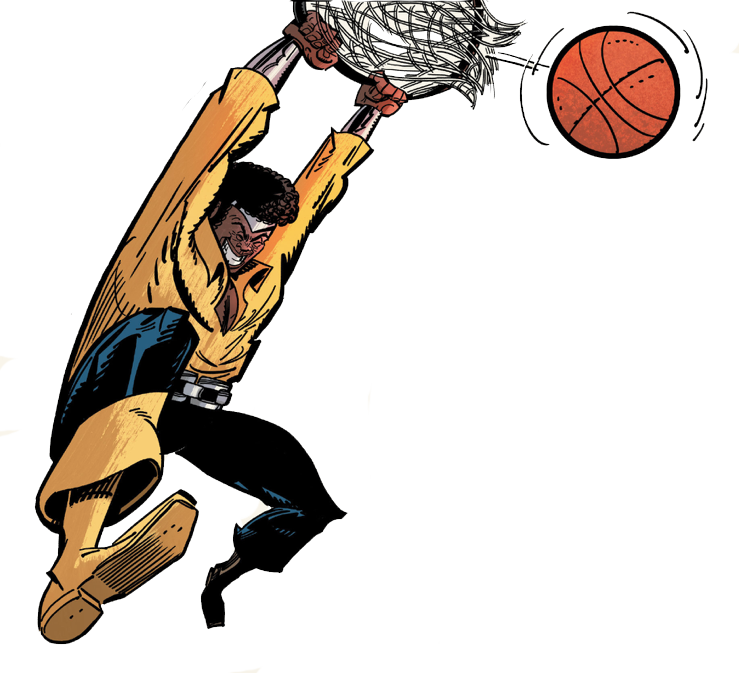