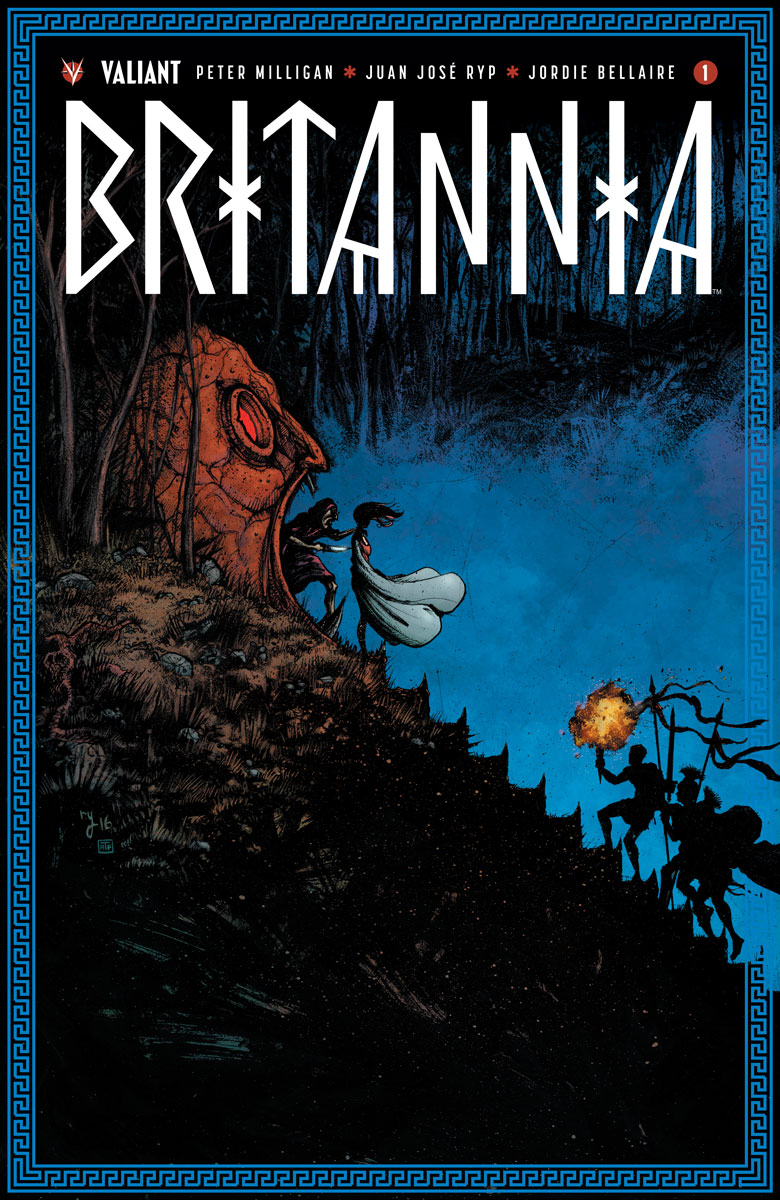 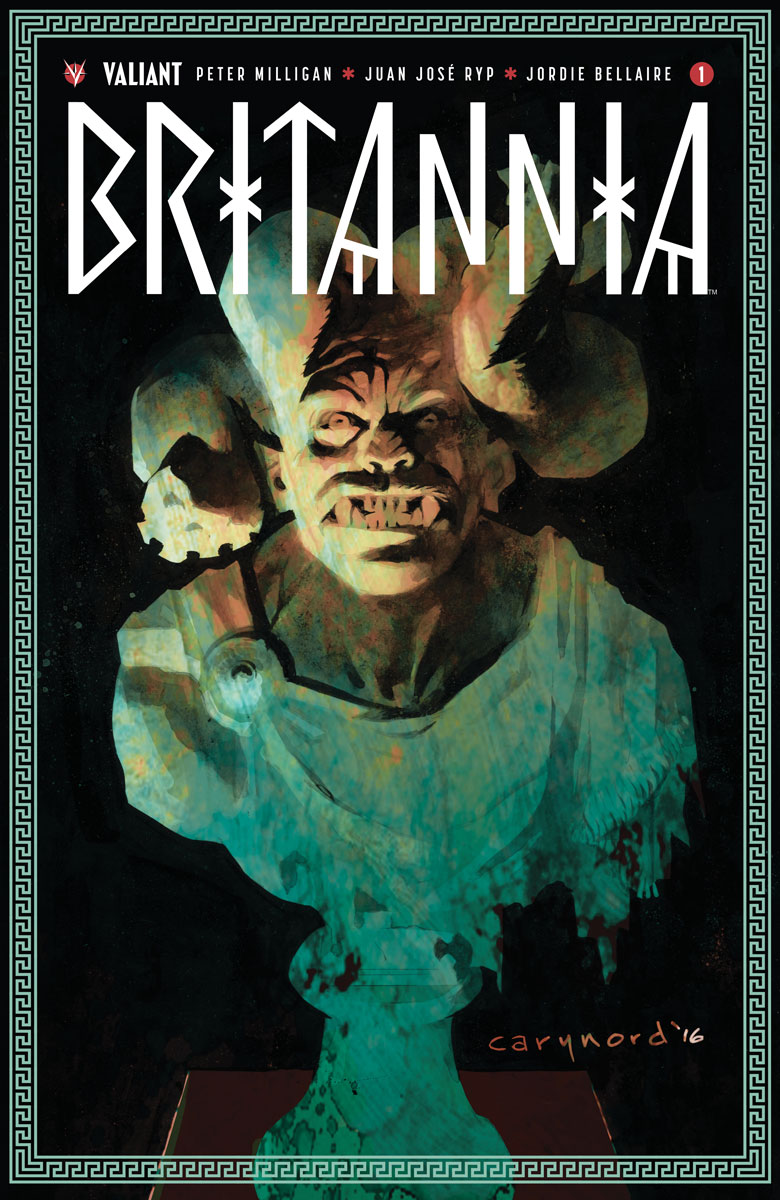 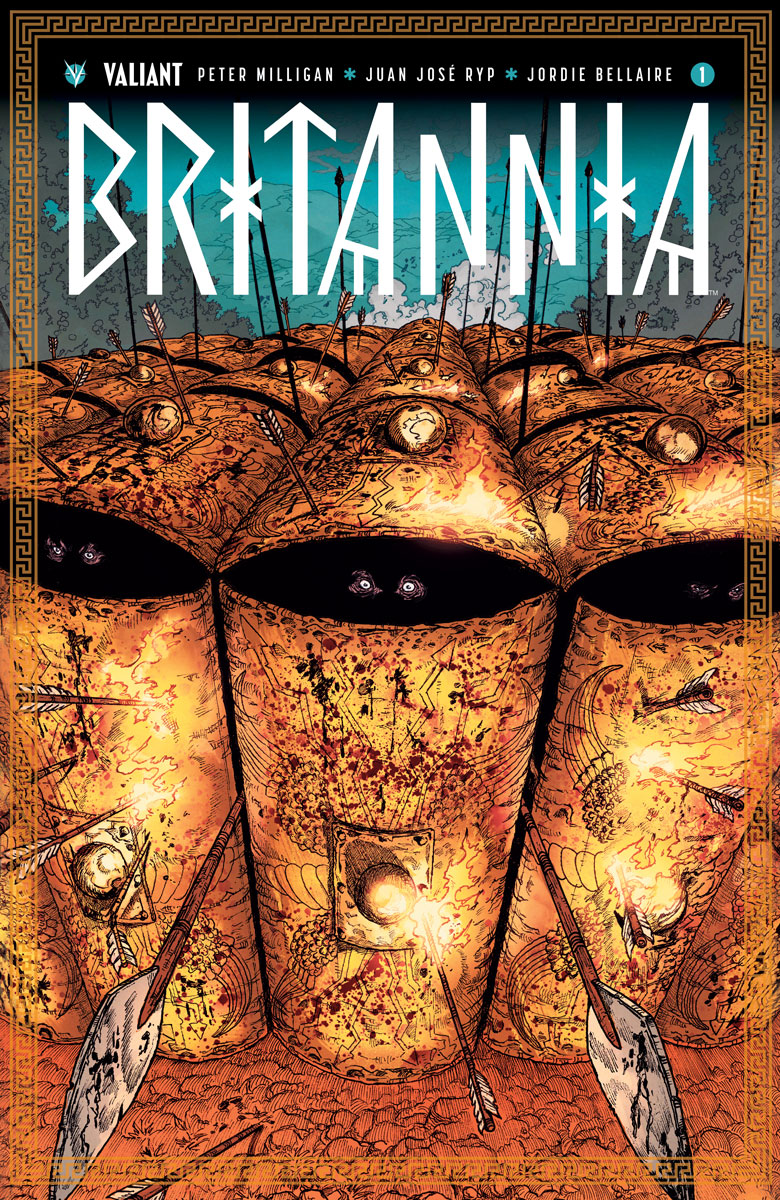 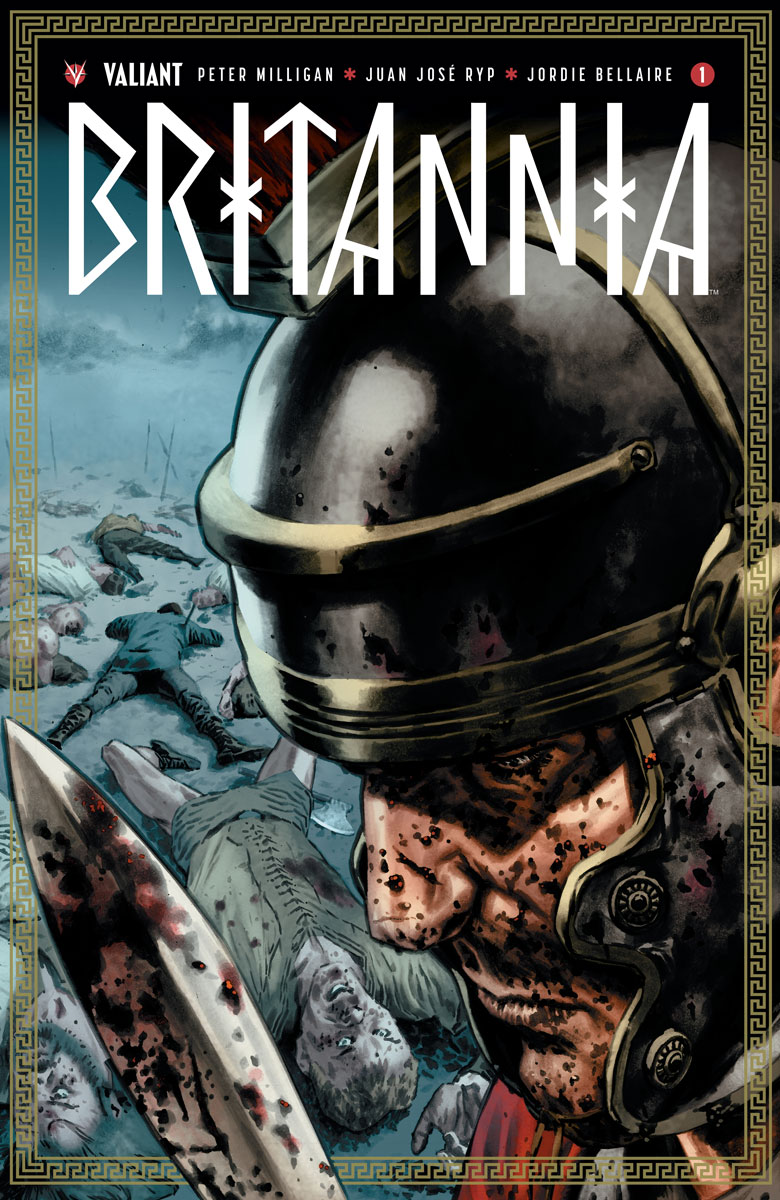 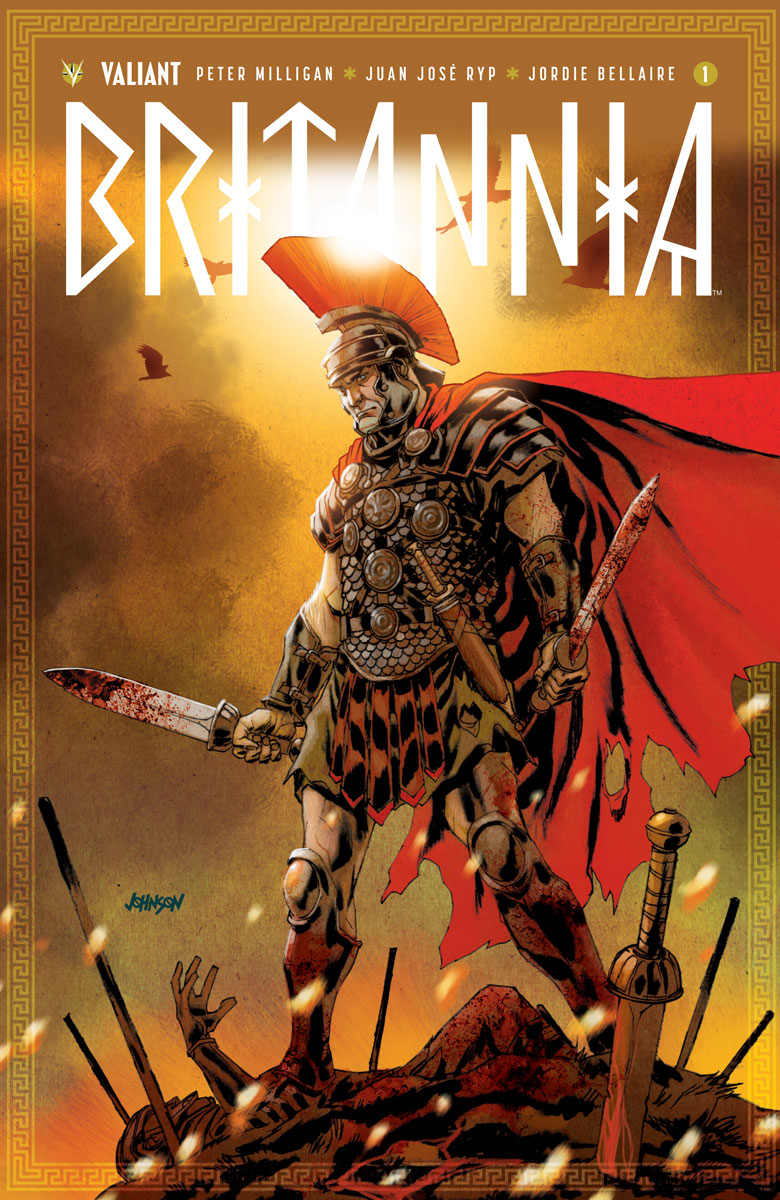 I’ve got to admit that I’m a sucker for stories that take place in ancient Rome, especially ones that cover the Roman Legion and its troops. I’m also a fan of detective stories, so when Valiant announced that Peter Milligan was writing about the worlds first detective, who happened to be a Roman solider, coupled with art by Juan Jose Ryp, I had to pick this up. Thankfully this hit every note and did not disappoint.

Britannia is set in 65 A.D. and follows Antonius Axia, a former Roman Centurion who is dispatched to a remote outpost in Brittania to investigate supernatural occurrences.The story starts six years in the past to show Axia progression to how he got to where he is, providing enough detail to flesh him out, but leaving more than enough gaps to keep you interested in how he got to the present. We see Axia’s rescue of a Vestal Virgin, a religion sect that was highly regarded by the Romans. His rescue forces him to abandon his post, something that is punishable by death. The head Vestal Virgin, Great Vestal Rubria, intervenes on his behalf and saves his life, and implores with Emperor Nero that the Virgins help Axia get back on his feet after he experiences something unnatural. The Vestal Virgins have a plan, and Axia is at the center of it. Just what it is we’re still not sure of, but you can be sure that we’ll find out soon enough.

The content and innuendos make this an adults only book, with plenty of sex, violence, and horror yet it’s not done for the shock value. They’re woven into the story and depict what life was like for many people in that era. The wealth of the high-born versus the squalor of the underclass and the slaves. The tyranny of powerful men and the mistreatment of women. The lust for power and the political maneuvering. It managed to capture life for Roman citizens without beating you over the head with it. It’s just a testament to Milligans writing style.

From Milligan’s artwork to Ryp’s pencils, everything works perfectly for this book. Even the colors by Jordie Bellaire were outstanding, the way the fog covered certain parts of the artwork, yet still had an opacity that let parts shine through. Milligan was able to weave an intricate tale, one based off of real Roman events and people. Even after the story ended, there was additional information on just who the Vestal Virgins were, all based on known information. This just added to the story and lent a bit of realism to it. Milligan’s story was complimented by the excellent artwork from Juan Jose Ryp Ryp’s pencil looked realistic and he managed to capture the look of Rome and its citizens perfectly, even the armor worn by the legionaries. His artwork was simply superb and just enhanced the story even more. Even Bellaire’s colors popped off the page, and enhanced Ryp’s pencils. This was the perfect creative team and they just made the book even more enjoyable..

This book more than exceeded expectations. From the excellent writing, to the gorgeous artwork. Everything about it is worthy of praise. It whets your appetite enough to want to come back from more. And since it’s a limited series you know that the story won’t drag on, that every issue is going to hit just the right notes to get you coming back for more. If you’re looking for something unique then this is it. It’s not often a comic book features Roman legionnaires, but when they do and they’re written well they always seem to have a lasting impression. If you’re a fan of either Milligan or Ryp’s work then this is an absolute must buy. If you’re a fan of good writing and artwork, there’s no excuse not to read this. Britannia just might be one of this years best books.