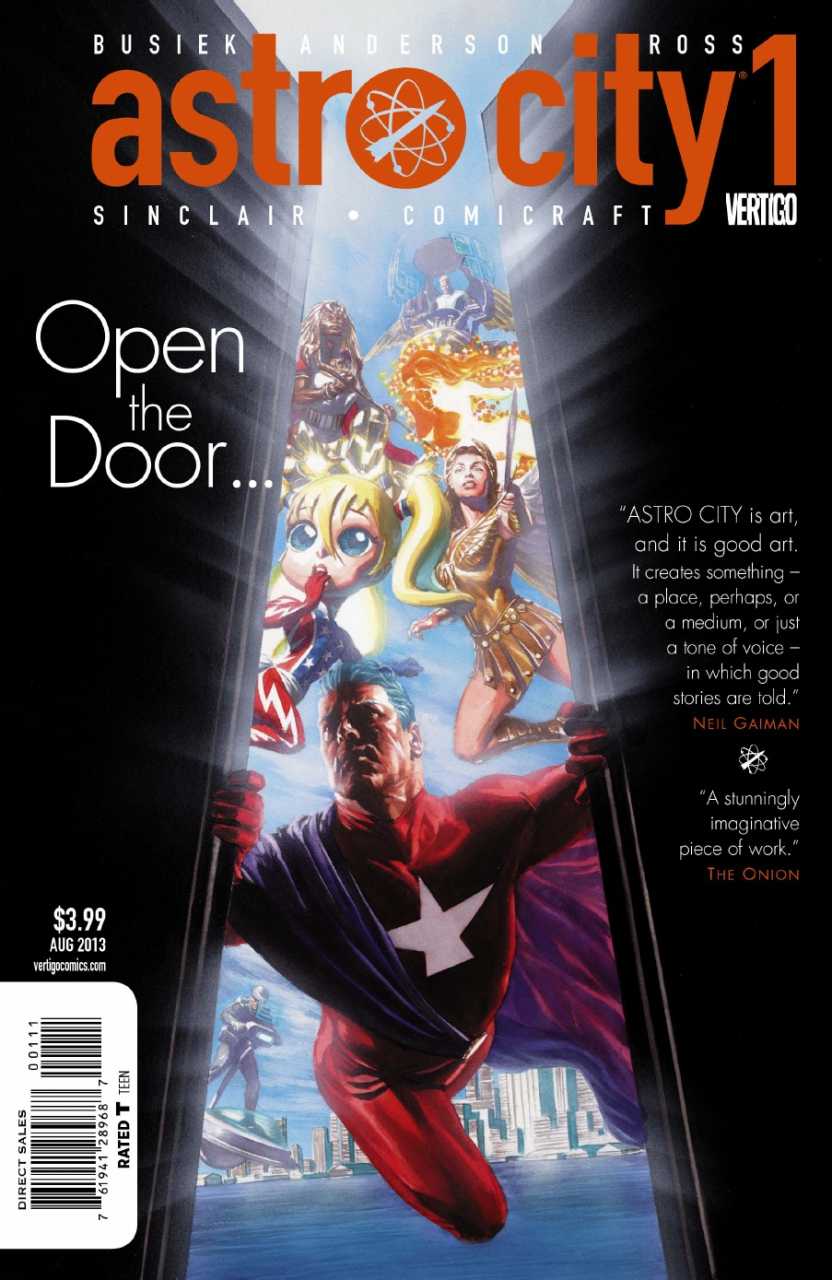 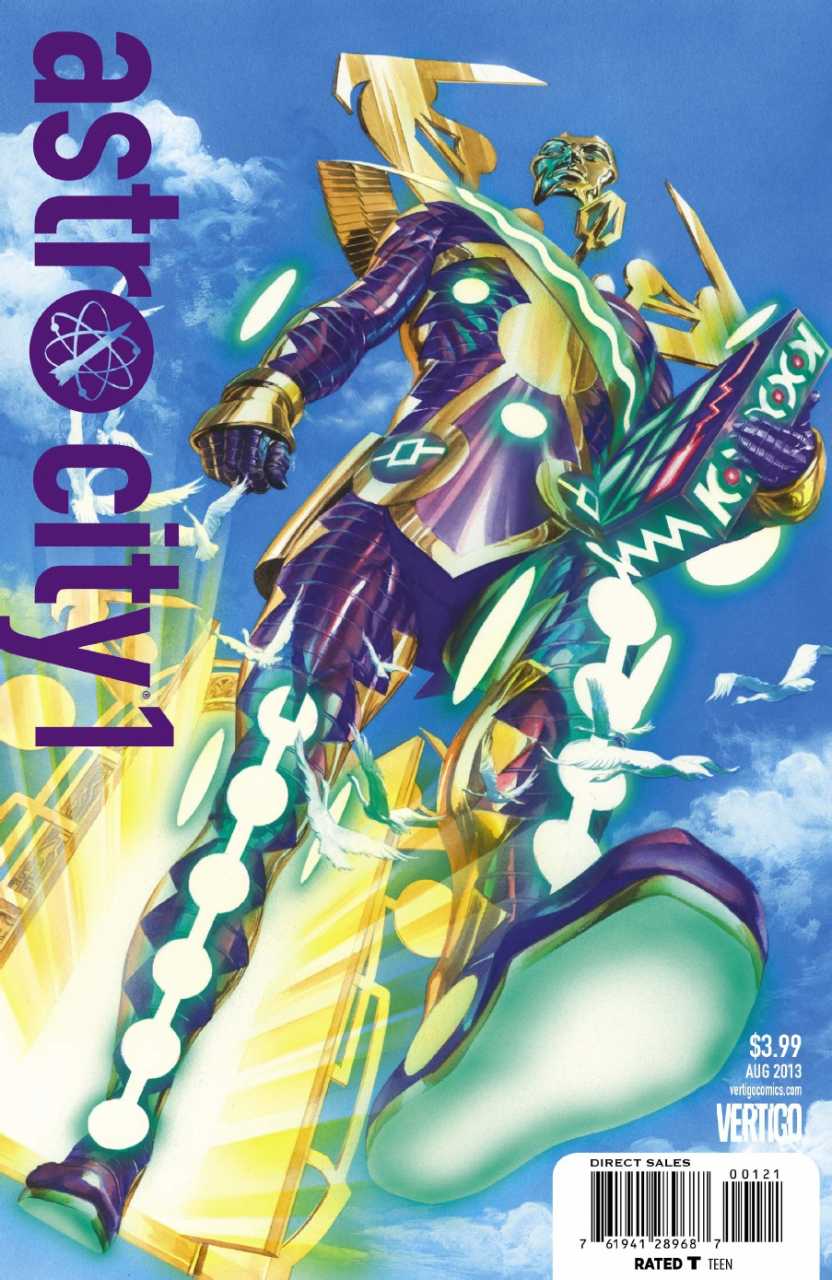 After a long layoff Kurt Busiek and Brent Anderson are back in Astro City for a new on-going series. The creator owned series has moved to Vertigo now, but don’t expect Busiek to alter the series from the formula that’s worked for over 50 issues. While it may have been a bit of a layoff, more than a couple years actually, the first issue feels like you’re welcoming back an old friend that you’ve shared a lot of great memories with.

The story starts out with the introduction of a new character, the Broken Man, who acts as the narrator yet is also portrayed as breaking the fourth wall. He’s addressing readers directly, trying to draw them into the story. It’s a clever mechanism to use, but thankfully it doesn’t detract from the story. Busiek also manages to get in a few digs at himself by using the directness between the Broken Man and the reader. We’re also introduced to another new character, American Chibi, who’s eager yet has a lot to learn. If you don’t know what a Chibi is, it’s a popular Japanese toy that uses a small body with a big head. They’re popular depiction of anime and manga characters. To be honest, I was surprised Busiek created a superhero after one of these toys. Yet someone she’s totally appropriate for Astro City.

There was one particular thing I really enjoyed, the progression of time. Even though Astro City hasn’t been published in a few years that hasn’t stopped time from progressing. Characters we’ve been familiar with from the past series appear older, modern conveniences like smart phones and apps make an appearance. Characters from the earlier series were  re-introduce in a way that new readers would have no problems learning who’s who. Yet the brief mentions of the older characters was enough to give a refresher for long time readers. Busiek has managed to write a strong story from start to finish, and the fact that he’s admitted that he has at least 10 to 11 issue already in the bank helps ensure that he can continue that strength.

It was great to see that Anderson has returned to handle the art chores, I always enjoyed his work on Astro City and thankfully it seems that he hasn’t missed a beat. His style lends well to the stories that Busiek writes. The actual city itself and all of its inhabitants, from the superheroes to the every day common man, everything comes to life and feels like it belongs there. It’s also great to see Alex Ross continue on covers. I always loved how life like each cover was, and it really made the comics feel like something that could be happening in the town over. It’s great to see the band back together.

It’s nice to see the successful return of Astro City after a long hiatus. Fans of the series will be happy to see that Busiek and Anderson haven’t skipped a beat, and new readers will enjoy the introduction into a world with endless possibilities. This is a great starting point for new readers, so they shouldn’t feel like they’re missing out if they haven’t read any of the prior Astro City series. 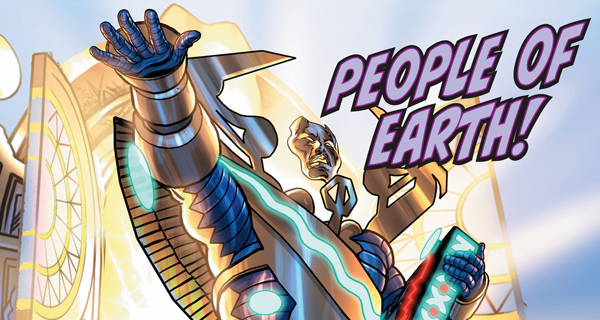