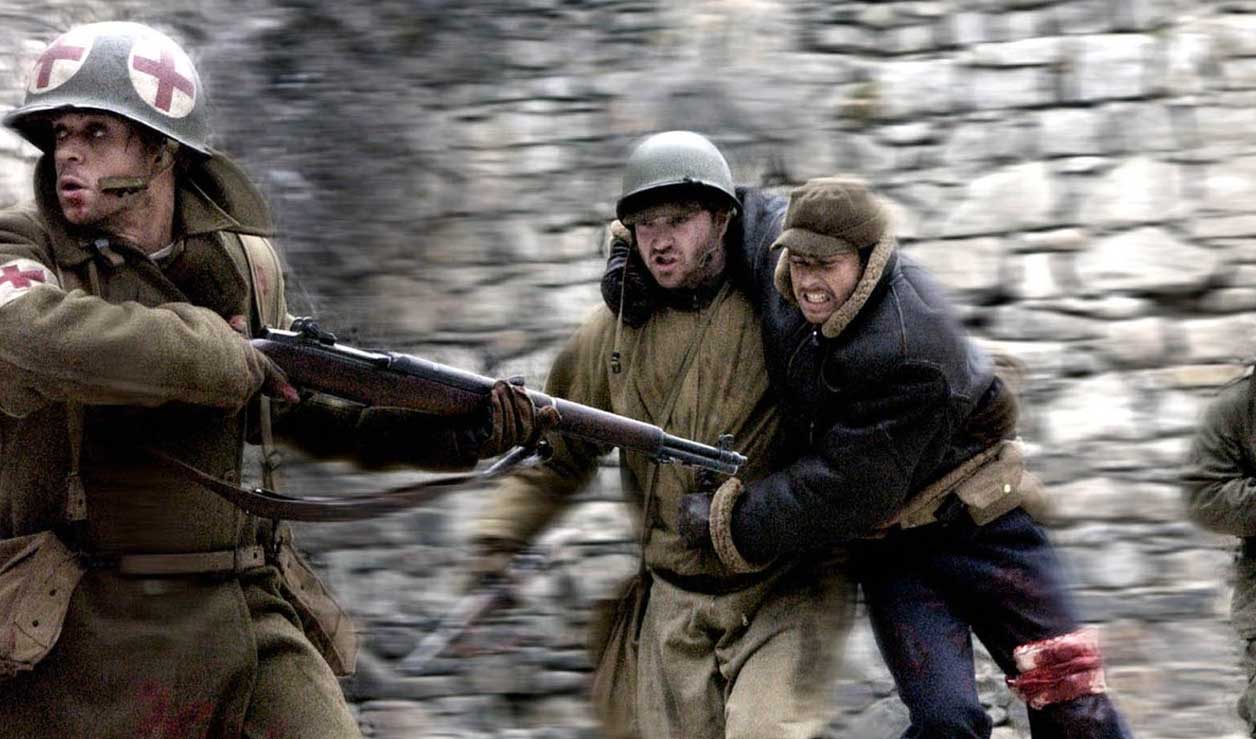 Saints and Soldiers is lovingly produced on a small budget, under $1 million, by director Ryan Little. The movie shows the trials of four soldiers who escape the brutal Malmedy Massacre in December, 1944, during the Battle of the Bulge. The four survivors escape into the Belgian woods, with Utah as the stage, and try to figure out how to get back to the Allies, made all the more important due to critical information held by a British officer they encounter along the way.

If you’re feeling a poor man’s Saving Private Ryan vibe you’re not alone. Saints is remarkably derivative of the 1998 classic, with its band of rough and tumble guys on a seemingly impossible mission. The catch is while Ryan’s characters were all unique and memorable to a fault, Soldiers’ bland heroes are not. The characters are boring and way too clean cut, both looks wise and verbally. You don’t hear one swear word through the entire movie.

Little’s budget constraints are telling at times. The battle scenes feel realistic but are terribly small in scope. You can shoot off 5,000 rounds of blanks until you’re blue in the face, but it it’s only a handful of people doing the shooting it doesn’t come across as appropriately epic. Near the end, Little brings out the big guns, literally, as the two sides shoot rockets at one another. One soldier misses his target and the rocket impacts directly with a wispy tree that’s otherwise sticking out of a barren hillside, blowing it to pieces. Things just seemed out of place.

Little’s heart is in the right place and the quieter scenes among the men fare much better, but the film ultimately proves that war movies are best left to the moneybags. I was really looking forward to this but was sorely disappointed. At times the movie dragged on, until the end battle scene, which sadly lasted for about ten minutes. The movie has won numerous awards at various film festivals, and deservingly so on some of them considering what the director was able to do with a small budget but it still did nothing for me. It seemed like something you’d find on the History Channel. If you want to watch a good movie, or series, on the brotherhood and challenges of war I would recommend Band of Brothers.